First, one of his employees developed breast cancer. Then he was floored to learn he himself had colon cancer. Conair already included critical-illness insurance in its benefits package, but after these two events, the company promptly increased the amount of the group policy to pay out about $75,000 per individual.

"When you experience it firsthand, you know critical-illness insurance is the right decision," says Mr. Sullivan, who was a professional baseball player before entering the business world.

Unlike disability insurance, critical illness pays out almost immediately, once the recipient survives the first 30 days.

"She didn't lose a beat from a financial standpoint. She could concentrate on just getting better," Mr. Sullivan says of his employee who survived her fight with breast cancer, adding that without the cash, she would have been hard-pressed to pay her mortgage and look after her family.

Critical-illness insurance makes up about 8 per cent of the cost of Conair's employee benefits package, and it's a perk. Most companies don't offer the coverage, leaving individuals to weigh the merits for themselves.

Critical-illness insurance provides a lump-sum payment to a policy holder facing cancer, heart attack, stroke and a range of other maladies that varies by contract. It was created almost 30 years ago by the renowned heart surgeon Marius Barnard, who worked on the first human heart transplant with his brother, Christiaan. He became so frustrated watching patients' financial struggles as he treated them that he convinced insurance companies in his native South Africa to create a product.

In the early 1990s, he brought the concept to Canada. "He had such passion for the product that it just hit home," says John McLaren, president of Future Benefits Management Inc., in Toronto and one of the insurance advisers who listened to Dr. Barnard's pitch.

"A critical-illness benefit is for you. Life insurance is for someone else. And disability insurance is often frustrating because it can be hard to get paid promptly," he says.

Most disability contracts don't pay out for 120 days, and even that depends on the insurance company's adjudicator, who determines the validity of the claim. Mr. McLaren says one of his clients just received a $250,000 disability payment after a nine-year fight with the insurer.

The price of critical-illness insurance has risen rapidly in the last five years, by at least 25 per cent. A healthy man in his forties can expect to pay about $100 a month for a contract today, compared with about $80 in 2006.

It's important to work within an individual's budget when choosing critical-illness insurance. Here are some of the ways Mr. McLaren advises keeping costs down:

* Look at smaller coverage amounts. "There's no use getting a policy you are not going to be able to afford to keep."

* Tailor the policy to cover only heart attack, stroke and cancer. These three conditions account for about 80 per cent of claims, although policies can now cover more than two dozen maladies.

* Buy early. The price rises about 8 per cent for every year an individual doesn't lock in a contract. Prices become prohibitive once someone hits their late 50s, almost doubling from what they would be for someone in their late 40s.

* Non-cancellable is the best type because the terms don't change. Guaranteed renewable are the next tier, but these policies don't guarantee a set premium on renewal. The price difference of the two products is between 8 to 10 per cent. To really reduce costs, consider a 10-year term, which could cut premiums by about 40 per cent.

* Avoid return-of-premium contracts. These policies cost more because they refund some or all of a premium when the policy matures, if no claim has been paid.

How procrastinating on financial decisions will cost you
April 1, 2011 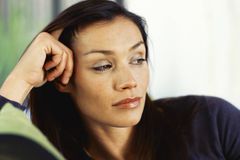 How to ensure your future financial health
December 14, 2010
Follow us on Twitter @globemoney Opens in a new window
Report an error Editorial code of conduct
Due to technical reasons, we have temporarily removed commenting from our articles. We hope to have this fixed soon. Thank you for your patience. If you are looking to give feedback on our new site, please send it along to feedback@globeandmail.com. If you want to write a letter to the editor, please forward to letters@globeandmail.com.
Comments