Snowbirds, you're going to really hate the low-flying loonie.

There's more to it than just increased expenses in changing Canadian dollars into U.S. currency. Our falling currency has made the cost of travel medical insurance so expensive that one seller of this coverage reports that clients are saying they're done wintering in the United States.

Travel insurers have raised premiums twice in the past six months and the total increase is more than 20 per cent, said Marty Firestone of Travel Secure Inc., a seller of travel medical coverage. "We've had more calls than we've ever had where we tell people what the premium is and they just say, WHAT?!"

Mr. Firestone said that at current rates, an 80-year-old with some health issues might pay from $5,000 to $10,000 for six month's coverage. Confronted with quotes like that, some people are saying the cost will prevent them from heading south for the winter. Others say they'll take a chance on travelling without medical insurance. "They've got to get their heads examined," he said of this group.

True, that. Imagine you're wintering in some warm U.S. spot and don't feel well. You skipped travel medical coverage, so you decide not to see a doctor. Next thing, you're being treated for heart issues that could cost you $250,000 (U.S.) and up.

You should never leave Canada without travel medical insurance, but the cost could really hurt. Is there a middle way between paying full freight for coverage and skipping it entirely? The answer is yes. Just put a deductible into your policy, like you do with your home and car policies.

The sweet spot for deductibles is $1,000, Mr. Firestone figures. In your own calculations about how much of a deductible to go with, expect that this amount will be charged to you in U.S. dollars. So that $1,000 cost would be $1,340 as of late September.

Up until this year, about one in 10 buyers of travel medical insurance used a deductible, Mr. Firestone said. Now, he figures about 30 per cent are doing it. Why not more? It might be because people don't know about it. The insurance companies Mr. Firestone deals with commonly offer the deductible option, but you'll find very little mention of it if you research this coverage online. Always ask about the deductible option if you don't see it offered.

You won't have to pay the deductible until later if you receive medical treatment while travelling. If you have a $10,000 bill from a U.S. hospital stay with a $1,000 deductible, Mr. Firestone said your insurer might pass along actual bills totalling $1,000 from the hospital or doctor for you to pay directly. Let's not forget that deductibles are also helpful to insurers. They still cover big medical expenses, but they're shielded from small claims related to things like a simple visit to a doctor.

One other way to deal with rising travel medical insurance costs is to be pro-active about buying this coverage ahead of milestone birthdays, which are in multiples of five. What matters from the insurer's point of view is your age on the application date, not the travel date. So you could buy coverage when you're 74, even if your trip will be taken after your birthday. Mr. Firestone produced a quote showing a woman in good health would pay a premium of $1,166.20 at 74 and $2,046.55 at 75.

If you buy a policy well in advance of your trip, remember to update your insurer if your health status changes or you have a change in the medications you take. Your premium would likely rise as a result of any change in what insurers call your stability (this would apply even if you were told you no longer need to take a certain prescription drug). But if you don't declare these changes, a claim could be denied. 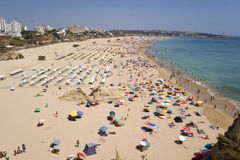 Which travel rewards program is best for your future vacation needs?
May 21, 2015