In the Paycheque Project, bold Canadians talk to The Globe and Mail honestly about how they spend their incomes and their tough choices for the future.

Ottawa couple Matthew Chan, 28, and Anna Wong, 27, must be the envy of their twentysomething peers.

When they married two years ago, Ms. Wong and Mr. Chan, both policy analysts with the federal government, bought a four-bedroom home in the suburbs – a "checking-off-the-boxes" decision that they soon regretted. The house was too big, the costs too high, and kids aren't in their five-year plan. Instead of being saddled with a bad choice, however, the couple sold the place for a profit the first weekend it was privately listed, and purchased a smaller home in a coveted neighbourhood closer to downtown. Now, with secure, well-paying jobs, plenty of discretionary room on the budget – even after they cover payments on the $24,000 tuition for Mr. Chan's part-time master's degree – they both realize that (unlike many in their age group) they are already doing better than their parents, who started over in Canada as immigrants from Hong Kong.

Along with the temptation to live larger, though, there's a responsibility that comes with that knowledge.

"My mom had the food budget down to the penny," says Mr. Chan. "We don't even look at our grocery bill," says Ms. Wong. This would be the weak spot in their money management: "the stuff that falls between the cracks." Mr. Chan might run out for barbecue skewers and return with a bag of picture frames they don't need. Or Ms. Wong, walking past Aldo after her hot-yoga class, might pick out a new pair of shoes – three times in a row. "Anna has a shoe problem," says Mr. Chan. (Ms. Wong gently reminds him of his own growing collection.) "Okay, we both have a shoe problem." Says Ms. Wong, "It's ridiculous how much we spend. We need to change."

After all, they have plans for their money. They want to travel: "One of my things on my before-30 list is to hit every continent," says Mr. Chan. "Except Antarctica," says Ms. Wong. "We can see penguins in the zoo." They want to have the option, down the road, to return to school, or take a chance on a new job, or stay home with kids – choices that they know only wise saving and investing will create. Giving to charity is also important to both of them. And they want to be self-sufficient, not just because, as Ms. Wong says, the future of work pensions feels pretty fragile, but because they want to be able to help out their own parents as they age.

Right now, they're wondering whether to buy a rental property with the equity from their first home, because they feel they understand real estate better than the stock market – the high turn-over at their financial planning company has meant dealing with four new planners in less than two years. "We are just putting money away," says Mr. Chan, "but we don't really know how it's managed."

That's not acceptable, they say, since, as their careers progress, they want to make sure they have invested in their most important future goal: freedom.

Mr. Chan and Ms. Wong are symbolic of the bright side of Canada's economy, which has outperformed most other advanced countries in recent years. They have secure, well-paying jobs that let them plan for the future. And a more modest home will make them better prepared once interest rates, eventually, start to rise.

Mr. Chan and Ms. Wong have government jobs with defined benefit pension plans – giving them security and a solid base for their retirement.

Their questions have to do with how to build on that base: Should they focus first on their RRSPs or their TFSAs? Should they buy a rental property to supplement their retirement income? And are their high-cost mutual funds the best way to achieve their goals?

"There are some holes in their planning they need to tighten up," he says.

The first is their budget. They have understated their expenses and taxes. Adjusting these numbers gives them a "budget leakage" – spending unaccounted for – of $1,560 a month. So first off, they need to start tracking their spending.

They should also draw up powers of attorney, "a significant planning gap." And it would be prudent to ensure they have enough life insurance to pay off their debts if one of them were to die.

Both Mr. Chan and Ms. Wong would benefit from taking full advantage of their RRSP room as well. And from contributing as much as possible to tax-free savings accounts. Tax-free savings would give them tax-free withdrawals for both income and capital to supplement their pensions, Canada Pension Plan and RRSP/RRIF income, which is fully taxable, without affecting income-tested programs such as Old Age Security, Mr. Ardrey says.

As for the idea of a rental property, it is not without risks. They would have the bulk of their net worth in a single asset class. And with a rental property, income may not be enough to cover expenses or the unit could sit vacant at some times. "During these times, they need to be financially secure enough to carry these costs themselves," says Mr. Ardrey.

The couple also needs to take control of their investments. Their mutual funds have high management expense ratios, so are not the most prudent way to invest. Before selling them, they should find out if they face penalties for early redemption. If not, replacing these funds with lower-cost alternatives such as exchange-traded funds should improve their net return on investment by virtue of their lower costs. They also need to determine the right asset mix, he adds. Given their age, a growth-oriented portfolio would be appropriate. The portfolio should be diversified among asset classes and geographic regions. They then need to monitor and rebalance that mix so they stay within their original target range for each type of investment.

From micro to macro: How we’re becoming a country drowning in debt
March 9, 2013 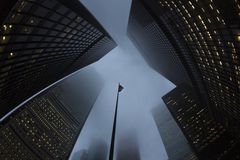 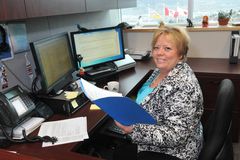 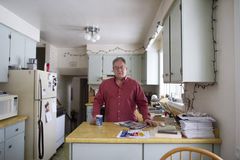 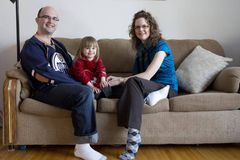 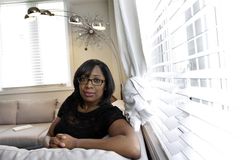 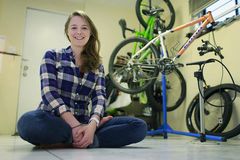