Opening bills in January can often feel like stepping on the scale after a few weeks of overindulging. How did you manage to spend that much? And how are you going to pay it all off?

So it's no real surprise that last week, Mint.com - a free, California-based online finance tracking service - had one of its biggest weeks ever, with close to 100,000 new users signing on in the United States, bringing the number of those who have joined in the past three years to about five million.

Within a month of launching its Canadian site, nearly 30,000 Canadians have signed up for the service.

The business model behind Mint is beguilingly simple: It does what many of us despise and few of us do well - keeping track of our income and expenses, making and sticking to budgets, and managing our money.

You provide Mint with your financial information - bank account numbers and passwords, credit card numbers, loans, debts - and then every subsequent transaction is labelled and logged. It then automatically tracks spending and warns of suspicious activity. You can also create a budget and set goals. If, for instance, you've set a budget and you're about to go one mocha frappuccino over the line, you'll receive a message. To stay on top of transactions in real time, there's even a Mint app on iPhone and Android.

"People think it must be shopping and clothing," that gets them into debt, says Mint marketing director Stewart Langille. "Where people can make the biggest impact is cutting back on dining and food and bar spending."

A reviewer on canadianfinanceblog.com, noted that Mint "can be a huge time saver," especially compared with compiling the data manually. "Using Mint.com, this same work was done relatively accurately within minutes," he wrote.

As with any website that holds personal data, there are concerns about privacy, security and identity theft.

Beverly Wood, president of White Dog Seminars in Ladysmith, B.C., trusts her bank website, uses Skype and shops online but - like many people - doesn't feel comfortable having all her information in one place. "To give anyone access to all my information in one convenient location is almost begging to have my identity stolen," she says. "It's like keeping your ATM card and your PIN in the same wallet. It's just bad personal security."

The company has taken several steps to protect users.

For one thing, Mint uses bank-level security to protect users' names and passwords. That information is encrypted and kept on Mint's servers, according to Mr. Langille, which are located in an unmarked building, with round-the-clock security and biometric scanners.

The company has also hired "good" hackers, who regularly try to break into the system. So far, no one has been successful.

And because Mint is a read-only site, money cannot be moved around, even if an intruder does get onto a user's page. In that scenario, the worst that could happen, according to Mint executives, is that a user's account balances and spending patterns - how much was spent, say, on groceries or eBay that month - would be visible. There are no account numbers or passwords that could compromise the user on his or her page - only an e-mail address.

As Mint has moved into Canada, the company has had to comply with Canadian privacy rules, according to Arthur Cockfield, a professor of law at Queen's University in Kingston, and an expert in tax and privacy.

"In the United States, a company can sell your personal financial information without your explicit consent unless you opt out and tell them it's not permissible," he explains. "Under Canadian privacy law, you've got to opt in, so unless you give your explicit consent to a company, they cannot gather, transfer, collect your personal financial information."

The federal Personal Information Protection and Electronic Documents Act states that a company must take steps to secure personal information; the United States does not have an equivalent law, Prof. Cockfield says. "Mint will have to make sure it supplies the technological solutions to protect the information," he adds. "They likely are already doing this, but it is explicitly required in Canadian law."

Still, he says, "it is difficult to protect completely against the risk of identity theft. There's always a danger that a hacker will hack into Mint.com's database and get the information."

A comfort for its many users is the fact that Mint is owned by Intuit Inc., an established provider of financial management software, including Quicken and TurboTax, for smaller businesses. "It has an unblemished record of managing people's data," Mr. Langille says.

While he had a few quibbles about the site - such as benign mislabelling - the Canadian finance blogger wrote that he planned to incorporate Mint.com into his financial life, deeming it to be "definitely worth using - especially if you enjoy having a 'hands off' approach to your finances." 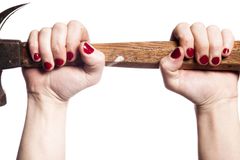