A dangerous storm in the east and powerful earthquakes in the west have likely caused more than a few Canadians to dig out their home insurance policies in recent weeks to double-check their coverage.

"Even I did it," said Anne Marie Thomas with Insurancehotline.com, a website that compares rates from various insurers.

"Oh Jeez — I'd better make sure that I have the coverage that I think that I have."

Ms. Thomas spoke to The Canadian Press from Toronto, one of the cities recently hit by superstorm Sandy's vicious winds and heavy rains.

Most standard home insurance policies would have covered wind damage from the storm, whether the gusts tore off siding or shingles or uprooted a tree.

But if your roof was in a state of disrepair before the storm, don't count on an insurance claim to fix it.

"Your insurance company may say to you 'we're not going to pay to replace your shingles because they were 40 years old. That's a maintenance issue. Regardless of Sandy they would have blown off in time anyway,"' said Ms. Thomas.

It's worth double checking whether you're covered in the event a storm causes raw sewage to back up into your home — a nasty occurrence Ms. Thomas said she has had to deal with in the past.

"Fortunately my broker was wonderful and had sold me sewer backup coverage. If I didn't have that additional coverage purchased I would not have had any coverage for cleaning up that mess in my basement."

While homeowners generally have insurance to begin with, renters tend to be a little more cavalier.

Many might believe it's not worth it to insure their apartments, if they've only got only a few thousand dollars worth of possessions anyway.

But it's important to realize you're on the hook if something on your property causes damage to someone else's — for instance, if wind sends your patio umbrella crashing into a neighbour's living room window.

What would normally happen in that case is that the neighbour's policy would cover the damage from the airborne umbrella, and he or she would pay the deductible, explained Pete Karageorgos with the Insurance Bureau of Canada. However, the neighbour's insurer can go after you to reimburse the neighbour for that deductible, a liability that would be covered under your own policy.

Damage from earthquakes — like the 7.7. quake that shook B.C.'s Haida Gwaii region last month and the 6.3. tremor that struck Vancouver Island last week — is typically not covered under home insurance policies.

"If people are concerned with potential earthquakes, they should talk to their insurance representative about purchasing earthquake insurance."

A recent study by J.D. Power and Associates found only 35 per cent of Canadian insurance customers add sewer backup coverage and only 22 per cent add earthquake coverage.

Unsurprisingly, earthquake coverage is much more popular in British Columbia, with 56 per cent of customers buying that type of policy.

J.D. Power's Mark Garrett said it's "a little alarming" that so few Canadians have extra insurance for those catastrophes, but that the proportion is even lower in the United States.

Foregoing extra insurance might be a matter of cost for some, and in other cases is might be question of not understanding what a basic policy does and doesn't cover, said Mr. Garrett, who is based in the Detroit area.

"It's a little bit of a gamble. Is this stuff really going to happen to me? Do I really need to insure myself against it?" he said. "You don't want to be on the losing end of that if you don't have the coverage." 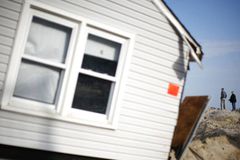 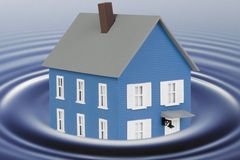 An uninsured home business could put you on the street
April 5, 2012 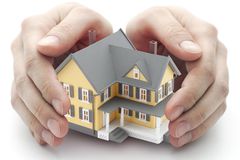