Chantal Saville knows how they blow their family budget each month. The culprit, more often than not, is takeout.

Ms. Saville, 39, and her husband live in the small town of Lakefield, Ont., with their two-year-old daughter. As owners of a monthly community newspaper, they wear many hats: writers, editors, publishers, paginators, salesmen and bookkeepers.

"I run a business and manage a toddler without a babysitter, so I am often too tired to cook. By 5 o'clock, we are either having hot dogs or takeout. So, often my husband comes home with something from a restaurant," she said.

Ms. Saville is more financially savvy than many Canadians in that she regularly tracks her family's spending. Financial experts say too few households have a budget and those that do often underestimate how much they pay for discretionary items like restaurants meals.

Jeffrey Schwartz, executive director of Consolidated Credit Counseling Services of Canada, says maintaining a budget provides people with a snapshot of where their money is going and where they can cut back.

"This is critically important right now, because so many people are living beyond their means," he said.

A recent report pegged household debt at a record $1.5-trillion, about $176,461 for the average family of four, including mortgage debt.

Ms. Saville says she budgets about $700 a month for food, a target they generally exceed by about $300. Groceries and gas are two other areas that she says are getting "scary expensive."

She admits she's compulsive about maintaining her budget, but insists it is the only way she can sleep at night. "It allows me to have some sense of where we are financially and where we need to go. I need to be able to count on a number – it keeps me sane."

Mark Goodfield, a tax partner at Cunningham LLP in Toronto and author of the Blunt Bean Counter blog, says most people he meets with are averse to tracking their spending.

"Most people are really clueless and they almost want to stay that way because it means they might have to cut back on things they want," he said.

1) Weekly living While each spouse may only go to the ATM once and has an idea how much they themselves spend, often both spouses are hitting the bank machine and weekly cash withdrawals are significantly higher than they think.

2) Gifts Most people have an idea of how much they spend on Christmas gifts, but how many birthday, anniversary and wedding gifts, etc., do they give during the year? This is especially relevant for people with large families.

3) Charitable donations Many people do not track their donations throughout the year. This can be a problem, especially for those who wish to give a certain percentage of their income in a particular year.

4) Automobile Many people fail to consider all of their car expenses. These can escalate quickly when you include your lease, or loan principal and interest, repairs and maintenance, parking, insurance, tolls, etc.

5) Sin costs The cost of beer, wine and cigarettes is never correctly accounted for and often severely underestimated.

6) Kid's programs Today's child is often enrolled in multiple programs, which are very expensive and can add up quickly.

7) Cottage Cottage costs are twofold. First there are the property taxes, mortgage, interest payments, repairs, maintenance, insurance and utilities. In addition, there are often hefty entertainment expenses – think BBQ meats and alcohol – that even the most detailed person would be hard-pressed to track.

8) Restaurant For some people, eating out is not a substantial cost. But for many double-income families who are too tired to cook or like to splurge on dinners out, these costs are substantial.

9) Women's beauty costs Often way understated, but guys, I would not even go there. 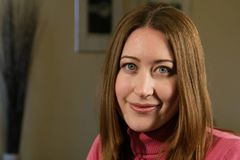 earlier
Where does all your money go?
April 28, 2018
Follow Roma Luciw on Twitter @https://twitter.com/RomaLuciw
Report an error Editorial code of conduct
Due to technical reasons, we have temporarily removed commenting from our articles. We hope to have this fixed soon. Thank you for your patience. If you are looking to give feedback on our new site, please send it along to feedback@globeandmail.com. If you want to write a letter to the editor, please forward to letters@globeandmail.com.
Comments