Some competitive jockeying by the big banks on credit- and debit-card fees makes this an ideal time to reconsider how you pay for things while travelling.

We have two contrasting approaches to fees for travelling customers from Bank of Nova Scotia and Toronto-Dominion Bank. Scotiabank introduced a strong new travel reward credit card on Monday that doesn't charge the usual 2.5-per-cent fee on foreign currency conversions. TD has been advising account holders that, effective May 1, it will raise the foreign-currency conversion fee on ATM withdrawals and debit transactions outside Canada to 3.5 per cent from 2.5 per cent.

Here's a prediction on how this fee increase by TD will play out. Other banks will let TD take the heat for a bit, then start adopting this higher fee one by one within 12 to 18 months. The big question that comes from TD's move is whether credit cards will be targeted next for a higher foreign-currency conversion fee.

TD says clients travelling outside Canada have multiple payment options, including a U.S.-dollar credit card and the bank's cross-border banking services (TD has a big U.S. unit called TD Bank). The 3.5-per-cent foreign currency conversion fee will apply on ATM withdrawals in the United States and abroad, and on debit purchases outside the country for clients with Visa Debit logo on their cards. TD says the vast majority of clients have this logo on their cards; for those who don't, the current exchange-rate markup will rise on May 1.

Here's an example of how the foreign currency conversion fee works: On a US$100 transaction made with an exchange rate where US$1 costs $1.30, the after-conversion amount would be calculated as $130 multiplied by 1.035 per cent, or $134.55. But wait – there's more. As is typical in banking, TD clients pay $3 to use a U.S.- or Mexico-based ATM that isn't part of the bank's large U.S. network (2,000-plus bank machines), and $5 outside North America. Banks providing ATMs outside Canada generally charge a convenience fee of few dollars on top of all this.

On any type of a serious vacation, foreign currency conversion and ATM user fees can add up. That's the appeal of the credit cards that waive the fee, including Scotiabank's new Passport Visa Infinite Card. A recent column looked how the already small pool of cards with no forex fees was shrinking by two as a result of the Chase Canada's decision to shut the Amazon.ca Rewards Visa and Marriott Rewards Premier Visa cards on March 15.

Scotiabank says it's the first major financial institution to waive currency conversion fees on a travel card. In fact, the bank's Passport Visa Infinite becomes the category leader, as well as a solid candidate for anyone seeking a travel reward credit card.

The annual fee for the card is a bit stiff at $139, but you get an additional card free. Benefits include rewards earned at a rate of two points per $1 spent in eligible grocery stores, restaurants, and on entertainment and daily transit (taxis, Uber, public transportation). Other spending gets you a single point for every $1 charged.

Additional benefits include six free visits to airport lounges, and insurance covering travel medical, trip cancellation and trip interruption. Points can be used on flights with no blackouts, restrictions or booking fees, and other types of travel as well. Also, there's an annual bonus of 10,000 points if you spend $40,000 or more per year.

It's a very competitive package – so much so that you have to wonder if some of the features might be dialled back a bit at some time in the future, after the card is well established. Meantime, frequent travellers who care about foreign exchange conversion fees should consider minimizing their use of ATM withdrawals. This applies to clients of TD, and to those who believe big bank pack behaviour means TD won't be alone for long with its 3.5-per-cent forex-conversion fee.

Credit cards, with their 2.5-per-cent forex fee, are the obvious ATM alternative for those who don't want to travel with a wad of cash on hand. Better still are the credit cards with no forex fee. In this select group, the new Scotia Passport Visa Infinite card is the leader.

He’s soon to retire – should he chuck his blue chip stocks and buy an ETF?
Subscriber content
March 13, 2018 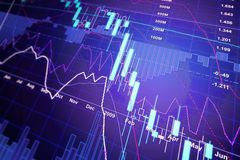 Don't delay if you want to lock in a 3% yielding GIC
Subscriber content
March 8, 2018 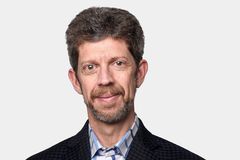 Where did higher rates for savers go? Right to the banks’ bottom line
March 6, 2018