Today's young adults face serious challenges in the form of high and rising tuition fees, a tough job market and high housing prices. But are they worse off than previous generations? In a column written several months back, Globe and Mail personal finance columnist Rob Carrick laid out a case that today's students have it worse than he did when he graduated back in 1984. To see where you stand in relation to the young adults of today, try our interactive Who Had It Worse Time Machine.

All data is adjusted for inflation and presented in 2010 dollars. Limited availability of historical data means we can only go back as far as 1976. 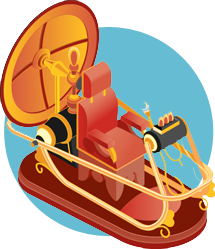 The
Who Had It Worse
Time Machine

This chart shows total median income for young adults in constant 2010 dollars. This is a way of comparing the purchasing power in previous years to 2010, which is the most recent year for which Statistics Canada has data.

Canadians between the ages of 20 and 24 have significantly less purchasing power today than they did 30 years ago. Part of the explanation is that more young people are going to college and university and thus not generating significant earnings. Other explanations include declining wage growth and comparatively high youth unemployment.

House prices have soared since the late 1990s. Today, first-time home buyers must save more for down payments and take on larger mortgages. Here, the average house price is plotted against the average yearly interest rate for five-year mortgages. These declining mortgage rates have helped with affordability.

Historically, the unemployment rate has risen and fallen in a cyclical pattern. We're not at the highs seen in past recessions, but the trend looks negative.

The latest numbers from Statistics Canada show post-secondary tuition costs rose by 5 per cent on a year-over-year basis, while the consumer price index — a basket of everyday goods and services — rose by 1.3 per cent. Tuition fees have been rising steeply for more than two decades. If you were a student in the 1980s or earlier, you were fortunate.

This chart shows the average amount borrowed each year by full-time students through the government student loan program, as opposed to student lines of credit offered by banks. As tuitions rise, students must borrow more.

We expect tuition costs, student borrowing and housing costs to go up over time. That's natural. The surprise here is the way in which the purchasing power of young adults has shrunk. All these factors together suggest today's young adults have it worse.