When Pat Marquez graduated from university in 2013, he owed thousands in student loans. To commute to his new job, he needed to buy a car, leaving him with $30,000 in student and auto debt.

But instead of taking a decade to slowly erase his debt load, the 23-year-old Windsor resident paid off his car debt in four months and his student loans in a year-and-a-half.

How did he do it? "Really, it just comes down to getting motivated," said Mr. Marquez, who considers himself financially apt.

As an engineering student at the University of Windsor, Mr. Marquez got an Ontario Student Assistance Program (OSAP) loan of between $17,000 and $18,000. The co-op nature of his program helped him get an entry-level position right out of school, paying roughly $45,000 annually.

In February 2014 he switched jobs, accepting a higher-paying contract as a design release engineer at the Chrysler Group LLC in Auburn Hills, Michigan.

It was a career-wise move, said Mr. Marquez, but in order to travel between his parents house in Windsor and his new job, he needed a car. His dad's minivan, which he had been driving, was on its last legs and he needed an alternative for the roughly one-hour commute.

He also had to start making monthly payments on his student debt, since the six-month grace period for repaying them was over.

Choosing a line of credit instead of a car loan can be dangerous if the person is not financially aware, because it's so unstructured, Gary Tymoschuk, vice-president of Credit Counseling Society, said in an interview from Surrey, B.C.

"With a loan you know it's going to be over 40 months, or whatever the term is, and you know you're going to be paying a certain amount…you know when you finish paying it off after four or five years that you're done," said Mr. Tymoschuk. The terms are less clear with a line of credit, which can become "never ending."

"I did the math and in the end, if I were to pay off in less than a year, I would save more with the line of credit," he said.

To pay off his loans fast, Mr. Marquez lived like a student. And while a jump in his salary made it tempting to spend more, he kept to a strict budget.

Mr. Marquez limited eating out to twice a month, car-pooled to work to split the cost of gas and tolls, and went grocery shopping once a week, waiting until his food had run out before buying again. Living at home also really helped him pay off his loans quickly, he said, since his parents didn't charge him rent.

He also put his engineering talents to use.

"I created an interactive spreadsheet on my MacBook…bar graphs month by month," he said. "One (bar) would be amount of debt and the other the amount in my bank account. As the debt bar went down, my bank bar went higher. It was really motivating"

By April 2014, Mr. Marquez had made the final payment to his line of credit.

While indebted students should be wary when taking on car loans, it's not always an option to forgo one, said Mr. Tymoschuk.

He suggests first looking at transportation alternatives, like public transit. If you live in a smaller town without a frequent transit system, and you need to buy a car, try to buy a car within your budget, even if it means buying used.

With his car debt gone, Mr. Marquez's next goal was to repay the rest of his student loans. Instead of making his usual $300 a month payments, he started paying $1,000 a month. Because he was working in the U.S., he also made lump sum payments when the exchange rate was generous.

By February 2015, his OSAP loan was gone and he was officially debt free. When factoring in the six-month grace period, he managed to pay off his student loans in 51 weeks.

Mr. Marquez's speedy debt repayment is impressive, Mr. Tymoschuk said, but his case is not the norm.

"A lot of people are only able to make their minimum payments, and if you can't increase the payments for outstanding debt, it's going to take a longer time to pay it off," he said. Mr. Marquez's story is one of extreme discipline and organization, one that many people could learn from.

"It's about a budget, understanding how much money is coming in and how much is going out and where it's going out to…and can you afford it," Mr. Tymoschuk said. "I think a lot of people miss that, they don't put the big picture together."

"One of the things I noticed with my friends was as soon as they graduated and got their engineering jobs they (they needed) to buy a new car, where I bought something used. Where they needed the latest and greatest technology, I would keep what I had in university."

So what's next for the young engineer with zero debt? He wants to have a $10,000 emergency fund in place for his 24th birthday this June. But he also wants to travel.

"This is my reward year," he said. "Within a budget, of course." 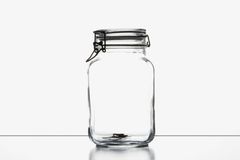 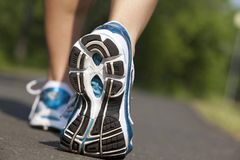 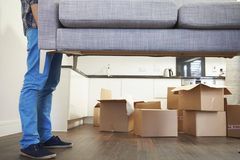