It's not fair, but it is reality: After a lifetime of careful saving and planning, the state of your retirement portfolio is likely to hinge on what happens in the last five years of your working life.

The final half-decade of your time in the labour force can set you up for a comfortable retirement or leave you far behind where you thought you would be – in both cases, for reasons that are entirely out of your control.

It's a dice throw that reflects the skewed nature of our financial lives. Most of us spend our thirties and forties slowly building up an investment portfolio with the few dollars we have left over after mortgage payments and child-care bills.

We don't amass any sizable amount of investable cash until we hit our early or mid-fifties. It's those final few prime investing years that are crucial, because that's when we have the most money riding on the market's twists and turns.

Fortunate folks hit their peak investing years just as the market goes on a tear. It compounds their wealth at a rapid clip and sends them zooming into retirement with bulging portfolios.

Their less fortunate peers encounter the opposite: flat or plunging markets that leave them with scant reward for a lifetime of frugality.

Wade Pfau, a professor at American College in Bryn Mawr, Penn., looked at how two hypothetical investors of different eras would have fared if both had followed exactly the same path over the course of their working lives.

In both cases he assumed they worked for 30 years and contributed 10 per cent of their salaries each year to a portfolio of 60-per-cent stocks and 40-per-cent bonds. The only difference? One investor retired in 1921 and one quit work in 2000.

The two investors would have been in very similar positions after 25 years of work. They each would have accumulated a portfolio worth roughly five times their salary.

The important thing to note is that neither would have had a clue as to their final position just five years ahead of retirement.

In a paper published in 2011, Prof. Pfau shows this is not an unusual situation. He found that, on average, the amount of wealth a person has accumulated five years before he or she retires explains only about a third of the variation in how much money people have in their portfolios at the end of their working lives.

The lack of predictability underlines the hopeful nature of much financial planning. We can sketch out our savings goals and project our possible returns based on historical averages but reality can tilt things far away from what the spreadsheets would suggest.

What can we do to address this uncertainty? In general terms, we should build some flexibility into our planning – increasing our savings rate, for instance, if markets aren't doing so well.

But since many of us may find it difficult to save more, the most realistic option is to consider working longer. In effect, if we don't like what the last five years of our working lives have produced, we can do them over by adding an extra five years.

Working for a few more years can dramatically shift the outlook for our retirement savings. Most obviously, we gain extra time to save and we allow our portfolios to compound for longer.

But we also benefit in other ways. For instance, working longer helps by reducing the length of time we will be retired. That cuts the amount we need to save. It also results in better prices for annuities and the like.

Working an extra few years can, in some cases, result in a big increase in what you collect from an employer pension plan.

It may also help you boost what you collect from Canada Pension Plan. But be careful of what you assume: Doug Runchey of DR Pensions Consulting says it's important for a would-be retiree to understand how the numbers will work out in his or her case.

The impact of an extra few years of work varies because of the complicated math behind how CPP payouts are calculated. What you collect is based on many factors, including the number of years you worked from the age of 18, how much you earned (and therefore contributed to CPP) in each of those years, and when you start collecting.

One piece of good news is that the plan allows each of us to ignore some of our lowest-earning years. However, it also caps our potential rewards once we hit a certain number of more highly paid years.

However, a few years of extra work can make a big difference if you fall short of that upper limit. For instance, a 60-year-old who has only 30 years of maximum contributions could increase her CPP payout by more than 80 per cent if she worked an extra five years and continued to make maximum contributions for each of those years.

In that case, her payout would jump from the $508.80 a month she would have collected at 60 to $927.50 at 65, reflecting both the extra years of contributions and the fact she is delaying the point at which she starts collecting the pension, according to Mr. Runchey. (His website includes several articles on the best time to start taking CPP.)

Many factors are involved in the decision to work longer – your employment possibilities, your health and your family situation. But if the next few years don't prove to be quite as generous to investors as the past five years, it's good to know that there are alternatives to simply accepting a bad roll of the dice.

Got a defined benefit plan? Lighten up on bonds
September 5, 2014 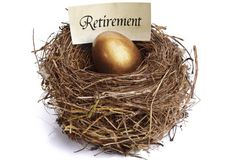 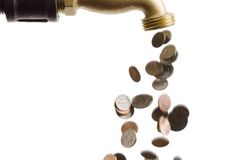 Ignore averages: Your money has to last for 30 years after retiring
August 15, 2014 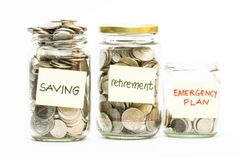 How indexing helped these retirees live footloose and fancy-free
July 17, 2014 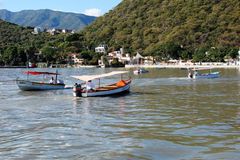