The man who borrowed $250,000 to invest in the depths of the financial crisis has sized up the current financial environment and decided it's time to sell.

Investment adviser Andrew Guilfoyle recently exited the Canadian and global dividend funds he bought in December, 2008, for two main reasons. One, the stock markets have had a great run and his investment has done very well. Two, he's concerned that the federal government will raise the tax rate on capital gains in the budget to be delivered Wednesday.

"This is not a call to go to cash – I'm staying 100-per-cent invested in my RRSPs and TFSAs," Mr. Guilfoyle said. "It's really more just recognizing that this is leverage, and how am I going to feel if the market goes down 20 per cent and the capital gains inclusion rate goes up? Both of those are very possible."

Mr. Guilfoyle's story, which I first wrote about in January, 2009, is worth hearing if you're an investor trying to make sense of an aged bull market and the possibility of higher taxes on capital gains. It's also relevant to anyone thinking of turning the next big market plunge into a buying opportunity.

Related: Worried about higher capital gains? The TFSA may ease your mind

We start back in late 2008, when Mr. Guilfoyle secured a $250,000 loan to invest in a stock market that was heading toward a loss for the year of 33 per cent here in Canada. The borrowed money was put into the markets at a moment when things seemed to be stabilizing. In fact, they weren't. There was one more drop before the markets bottomed in early March, 2009. Mr. Guilfoyle figures he was down 10 per cent at that point, but never thought of cashing out.

Instead, he held his two mutual funds long enough to produce gains he describes in baseball terms: "It's going to be between a double and a triple." The exact accounting will have to wait until April, 2018, when his income tax for this year is completed and he's able to see his after-tax return.

Mr. Guilfoyle's reading of what the Liberal government has been saying for the past year or so has him fairly sure the inclusion rate on capital gains – the taxable portion, in other words – will at some point rise from the current 50 per cent to either 66 per cent or 75 per cent. He hopes to have avoided the possibility of a higher inclusion rate by selling last week, but wonders if an increase in the capital gains tax rate could be applied retroactively if included in the budget.

If so, he figures he'd pay an extra 13.4 per cent tax on his capital gains with a 75 per cent inclusion rate. He calculates that's the same as if he missed out on a further increase in the value of his leveraged investments of 5 to 10 per cent. Would that spoil his experience of investing at a market low and riding stocks higher?

Borrowing money to invest is a bad idea for most investors because of the stress involved. It's painful to owe money on stocks that have fallen sharply in value and there will be a temptation to sell prematurely at a loss. You can increase the odds of success for leveraged investing by doing it after a big market decline, like Mr. Guilfoyle did.

Here's some background on his loan. He secured an interest rate just below 3 per cent, and the issuer agreed not to call the loan if markets fell further or ask for extra collateral. He made monthly interest-only payments, which were entirely covered by the dividends paid from his account on an after-tax basis.

Worried about timing your entry into a down market just right? Mr. Guilfoyle was early, but things worked out well because he was there when the rally began. "It was a very sharp climb from the market bottom," he recalls. "People who waited to buy thought they'd just miss out on the first 10 per cent of the recovery. I'm going to guess most of those people missed out on 30 or 40 per cent. That's how big a boomerang it was."

Mr. Guilfoyle's experience shows the value of that simplest of investing strategies, buying low. He bows out a winner eight years later, capital gains tax increase or not. 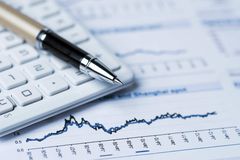 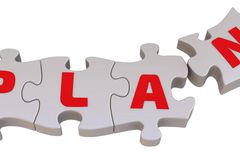 How to plan for potential changes to capital gains taxes
April 14, 2017
Follow Rob Carrick on Twitter @rcarrick
Report an error Editorial code of conduct
Due to technical reasons, we have temporarily removed commenting from our articles. We hope to have this fixed soon. Thank you for your patience. If you are looking to give feedback on our new site, please send it along to feedback@globeandmail.com. If you want to write a letter to the editor, please forward to letters@globeandmail.com.
Comments