Catherine and her husband tapped into their first home equity line of credit 15 years ago, when they needed $30,000 to buy a car.

The rate on the line of credit was attractive and, having been mortgage-free for a decade, the Thornhill couple figured it would be a quick and easy way to get cash. A few years later, they needed another car, so their bank happily raised the amount to $70,000.

Then Catherine unexpectedly lost her job. Fifteen years later, she is working again but earning substantially less. And that line of credit is hovering at just below the max.

"We try to put $1,000 in there a month and then we end up taking it right back out," says the 54-year-old mother of two, who asked to remain anonymous. "The money is just too accessible."

Catherine, who has resigned herself to working past 65, would like to boost their line of credit by another $40,000, use that to pay for the new kitchen she so badly wants and then repackage all of their debt into a mortgage, which they would eliminate through structured monthly payments. Although it might sound excessive, her story is hardly unique.

Lured by rock-bottom interest rates, Canadians are taking on record debt. A recent Statistics Canada report showed that household debt rose to a new high in the second quarter of 2011, surpassing levels seen in the United States.

And with interest rates set to remain low for the foreseeable future, policy makers are concerned that instead of paying down some of that debt, people will be tempted to borrow even more.

According to credit bureau TransUnion, the average Canadian has racked up more than $25,000 in consumer debt, including credit cards, lines of credit, student debt and car loans but excluding mortgages. The bulk of that is made up by lines of credit, which have lower variable rates. ( Read their report here.)

Chartered accountant and financial author David Trahair, whose new book on debt will hit the shelves next month, says home equity lines of credit are a dangerous trap. Using their house as security, people take out a line of credit, and use it to pay off their credit card debt, instantly reducing the interest rate on the payments to between 3 and 4 per cent from the typical rate of 15 to 20 per cent.

"The problem is it takes your eye off … the overall level of the principal of the debt," Mr. Trahair says.

"It convinces people to spend more and more, they don't change their habits. ... They end up with more combined debt than a person who does not even have a home equity line of credit."

He believes Canadians should ask themselves these six questions before they take on more debt:

Most people never bother listing the balance on each type of debt, but this is a vital step. You need to know what shape you are in before taking on another dime.

2. Will you be debt-free at retirement?

You must aim to retire totally debt-free. That means no consumer debt and no mortgage on your home (if you can afford a home). Here's how to find out if you're on track: Take your total family debt today and divide by the number of years to retirement.

3. What is the ratio of debt to your family income?

The average Canadian household has a debt-to-personal disposable income ratio of 151 per cent. To find your ratio, take your total family debt and divide by your family's annual after-tax income. If your ratio is below the average you are in a much better position to consider increasing your debt.

If most of the debt is consumer debt, including credit card balances and lines of credit used to buy consumer goods, 151 per cent would be dangerous. If the debt is just a mortgage to buy the home you live in, you'd probably be in good financial shape. If your debt is mostly consumer debt, that should be a warning to reduce it.

5. What interest rate will you pay?

One attribute of bad debt is that it has a higher interest rate than good debt. Credit card debt is especially bad since the interest rate on the revolving balance is often 10 to 20 per cent – or higher. Obviously if you are going to add debt it makes sense to ensure the interest rate is as low as you can get.

6. Will a fixed-rate mortgage protect me?

Many Canadians have mortgages and lines of credit at a variable interest rate tied to the prime rate, which is currently 3 per cent. If/when interest rates rise from the almost historical lows of today, the resulting increased monthly payment amounts may be too much for many to handle.

Interestingly, credit card debt interest rates are not affected by changes in the prime rate – they charge 20 per cent no matter what.

Canadian debt levels no cause for alarm, economist says
September 19, 2011 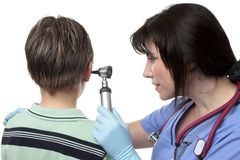 Household debt rises in second quarter
September 13, 2011
Deal with debts, and retirement will be easy
September 9, 2011 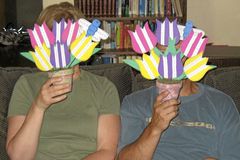 Missing from debt debate: a sense of urgency
August 17, 2011 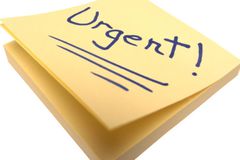