When Jennifer Johnson hired movers to transport her possessions from her downtown Toronto apartment to her new pad in the west end of the city last September, she didn't expect she'd end up doing all the heavy lifting.

The movers were three-and-a half-hours late for the job and, knowing she'd miss the window she'd booked with the building supervisor to use the service elevator, Ms. Johnson, 34, lugged her stuff at her old apartment to the loading dock herself.

"I'm a single girl, I don't have anybody helping me. That's the whole point of getting movers," Ms. Johnson says. "In hindsight I would've done more research."

June to September is peak moving season in Canada and, with such high demand, it's also the time of year when those who are relocating are most vulnerable. For instance, a year ago, police arrested the operators of a Toronto moving company who faced a laundry list of charges - including fraud and extortion. Complaints finally led to the Toronto arrests, but consumers must be wary of similar practices in a business where anyone with a van can put up a "movers" shingle or an ad on Craigslist.

Dodgy moving tactics can include holding furniture hostage in the moving van to charging extra fees for moving heavier pieces or moving them to a third floor.

Less trustworthy companies may also overbook, arriving several hours late, or sometimes not show at all. This can cost you money if you miss the booked service elevator time at a new condo or apartment building, or have to hire someone more exorbitant at the last minute.

With proper research and knowledge of their consumer rights, those who are relocating can better avoid being ripped off, moving experts say.

Shop around for a quote

Ms. Johnson wasn't moving many belongings to her new home so she didn't think it was necessary to have a mover come in person to evaluate the volume of the move. The first company she called on the phone - she'd seen their ad in a free weekly paper - told her they'd charge her $40 an hour, with a four-hour minimum. She didn't think anyone could give her a better deal so she agreed.

John Levi, president of the Canadian Association of Movers, says no matter how small the moving job, customers should get an in-person quote from a minimum of three companies. Having movers assess your home (how bulky your furniture is, whether or not they'll have to ascend or descend a flight of stairs) will make moving day go more smoothly.

When you do get a quote, make sure it's an estimate, not a price, Mr. Levi says. You don't want to hear, "It will be $100 an hour," but rather that the move will take eight hours at the rate of $100 an hour, plus tax. A mover should be able to present you with the total cost of the move. Most important of all, he says, is to get it in writing.

While it's tempting to go with the cheapest quote, be wary of the low-ballers.

"If you have a couple of movers in to give you an estimate and one price is significantly different from the others, you should find out why," Mr. Levi says. "If it doesn't make sense, don't move with them."

"The traditional process [when looking for a mover]often was the Yellow Pages or ask a friend," says Brian Sharwood, president of HomeStars.com. Now, it would be foolish not to Google.

His website lists user-written reviews of contractors in a range of categories, from architects to upholsterers. If a moving company has offered you a seemingly too-good-to-be-true quote, you can check the site to see if they have negative customer reviews.

One of the lowest-rated movers in the Toronto area averaged a rating of 0.6 stars out of five from 17 reviews.

It works for finding good movers too. "The really good movers love it because they want to distinguish themselves," Mr. Sharwood says.

Plenty of consumer review forums such as Yelp can help you find the cream of the crop and avoid the bad seeds. Check to see if the moving company is accredited by the Canadian Association of Movers (check the website or call the association; some companies falsely claim to be members in their ads, Mr. Levi says) or listed with the Better Business Bureau.

After Ms. Johnson's bad moving experience, she tried to complain by phone, but her calls were ignored.

Then she went hunting for the company's address to complain to the owner in person. When she ran a search for the address on Google Maps, only a house address turned up.

"One of the things a mover has to have is a place on the ground: bricks and mortar ... a storefront with a sign," Mr. Levi says.

Another tip-off that a company might be shady: no land line. "If you're dealing with someone who's dealing with you strictly by cellphone, you have a problem right upfront," he says.

The majority of companies don't require deposits, unless the move is happening during peak season when movers can get booked up quickly.

Most importantly, though, companies should be flexible about payment options. "If they won't take Visa, Mastercard or a certified cheque, there's something really wrong there," Mr. Levi says.

The worst part of Ms. Johnson's move? After the movers finally showed up, they moved her possessions from the loading dock into the truck and - instead of driving to the new location - locked it up.

"They said, 'If you don't pay us the $226, we're not releasing your stuff,'" she recalls. "They literally [had]my things hostage."

It's one of the most commonly listed complaints on HomeStars, Mr. Starwood says, even though the practice is illegal. In most cases, such as Ms. Johnson's, customers just fork over the extra money. "If somebody's doing that and you have a quote, you can call the police," Mr. Starwood says.

"It's essentially theft. It's a kind of extortion."

Before you hire a mover, ask for details of the company's insurance policy and ask them to explain (in writing) what happens to your goods if they are damaged during transport.

If they're damaged due to obvious negligence (Ms. Johnson said several tables, a microwave stand and a vase were damaged when the movers threw them down the stairs instead of carrying them), file a formal complaint with the Better Business Bureau and, if the company is registered with the Canadian Association of Movers, with the association's office.

Ms. Johnson says she would've preferred to learn what to avoid in a mover through online research than in-person experience. Her first contracted move hasn't completely soured her on hiring pros, she just knows to read more and pony up more cash from the start the next time she relocates.

"I was trying to do it the cheapest way and you get what you pay for. I should've just forked out $100 extra and actually had a smooth move and not have any of my stuff broken." 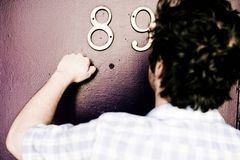 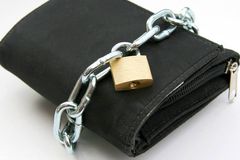