There are a lot of things Basma Hakem wished she had done to save money when she first moved away from home to attend university.

"I had an idea it was going to cost a lot but I didn't really know," said the 20-year-old University of Toronto student.

Most importantly, Hakem said she would have set a budget to help her deal with her new expenses.

"I was just used to not having to budget money. My parents would do that for me when I lived at home. I didn't have to think about buying food, and making food because I had the luxury of having my parents go grocery shopping with me and having the Internet and cable paid for me," said Hakem, who is beginning her third year of psychology and women's studies in September.

But one of the smartest money moves made by Hakem and her roommate was to take as many things as possible from home to furnish their off-campus apartment. For big-ticket items, like furniture, they solicited neighbours and parents' friends for donations and scoured listings websites like Craigslist and Kijiji for deals on used items.

Personal finance blogger Cait Flanders said many students don't even consider buying anything used, when one of the biggest ways to save money is to get used books.

"There's nothing you can do to save on tuition," said 29-year-old Flanders, who lives in Port Moody, B.C. "You have to pay it, but books are a huge one. They're crazy expensive and you can save money on them."

When she was doing her communications degree, Flanders bought all her textbooks used off of Amazon.com and then re-sold them on the website immediately after the classes ended. Students can also check out the campus bookstore, Facebook groups for their programs, or even consider renting electronic versions of the textbooks on sites like CourseSmart.com.

Flanders said one of the easiest ways to be thrifty is to be prepared. Buy all your school supplies and toiletries ahead of time when there are deals at discount stores. Try to buy your bus, train or plane ticket when there is a seat sale. Generally, booking a flight on a Tuesday will get you the best price, she adds.

Flanders, who chronicles her finances on the blog Blonde on a Budget, said students living on their own for the first time usually don't realize how quickly expenses can add up — until it's too late.

"In first year, you're trying to get to know people. You're trying to go out and make sure you're socializing. Everyone wants to go for drinks, go to a concert or go to a hockey game," she said. "And it's hard not to want to do all of those things so you can fit in too. But if you don't have the money, it's hard to be the first person to say, how about we do something cheaper instead?"

Kate Somers, the assistant registrar of awards at Dalhousie University in Halifax, said students are eligible for various discounts on everything from movie tickets to software downloads to clothing.

If students don't know whether they can get a discount — whether it's from a landlord renting out an apartment or at the grocery store — they should ask. Even saving 10 or 15 per cent will add up, said Somers.

Other ways students can save is to share resources, such as organizing a clothing swap instead of hitting the mall, ordering a pizza with a roommate instead of going out for dinner and splitting a cab to the airport.

Michele Galante, a financial services adviser with Desjardins Financial Security Independent Network, said one of the common financial pitfalls for students away at school for the first time is getting into credit card debt. She suggests that the best way to avoid this is to not get a credit card at all.

Instead, students should be budgeting. One tip is to set aside a small amount of cash for extracurricular activities in an envelope each month and not spend more than what's there.

"They need to be well aware of what they're going into," said Galante. "The bank of mom and dad doesn't always bail them out. Some people don't have that advantage."

The Canadian Federation of Students estimates that some students graduate with an average debt of $28,000, including tuition.

Penalized for a TFSA overcontribution? The case for a temporary amnesty
August 13, 2014 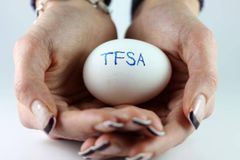 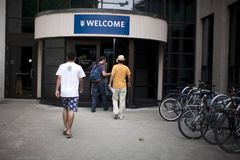 Carrick on money: Buying a condo? Here’s what you need to know
August 14, 2014
Carrick on money: Tax tips for cottage owners
August 13, 2014
How parents can help their adult children buy a house
August 11, 2014 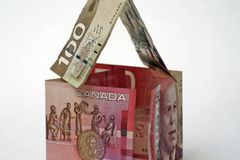 Carrick on money: Nine reasons to love your mortgage
August 12, 2014
Report an error