Last year Moira Somers headed out on a retreat for members of the Young Presidents' Organization and asked the newly minted company presidents, CEOs, managing directors and publishers to prepare a few questions for her. They gave her a stack.

"What do we do with the fact that our friends are playing on municipal golf courses and I'm jetting off to Palm Springs?" read one. "How do we keep our kids level-headed and make sure there is still empathy in my family for the financial struggles of others?" read another. "If I'm dating, how do I know that I'm loved for me and not my money?" read a third.

The professor of clinical psychology, financial therapist and founder of Money, Mind and Meaning in Winnipeg has heard a lot of these questions before, particularly from clients who have suddenly come into a financial windfall and are navigating unfamiliar emotional territory. Some are entrepreneurs who sell their companies and become millionaires. Others receive a sizable insurance cheque after a wrongful death claim, or hit pay dirt as a recipient of a class-action lawsuit settlement. And there are always lottery winners.

"When a person experiences sudden wealth, there's more fallout and readjustment than you ever would have dreamed of," she says.

Dr. Somers likens the experience of abruptly becoming wealthy to telling people you really like beef – and someone arranges for a delivery of 200 head of cattle to your door.

"That was very sweet, but what the hell do you do with 200 steer? You need to know how to deal with them and that's very different than eating a steak," she says.

In some respects, entrepreneurs who sell their companies might have it easier than others who come into sudden money, the term the financial industry coined to describe the experience of the newly rich, says Aileen Miga, a certified financial planner and senior financial planning consultant with Scotia Private Client Group. For the past two decades, Ms. Miga has worked with the instantly affluent and created a sudden wealth orientation program.

Entrepreneurs who sell their companies, she says, are accustomed to finding, hiring and working with advisers who can keep them on track financially. Also, the business handoff usually takes a few weeks, months or even a year. There's time to come to terms with the new situation. Still, dealing with a big chunk of money after selling a business can take some adjusting to.

Sudden wealth can also add some extra stress to marriages and other close relationships. Without work, how does the new millionaire find meaning in life? Should the spouse quit his or her job, too? What if extended family comes looking for a handout? There's also the indelicate issue of class. Money has a way of driving a wedge between once-close friends.

"The fact is, we tend to hang out with people who are more or less within $100,000 of our own earning zone. They're people in our neighbourhoods, have educational backgrounds like us and have values like us," Dr. Somers explains. "But if our net worth is suddenly 10 or 100 times more, we don't know anyone who is in that network."

One of the biggest challenges for the newly rich, however, is simply getting their heads wrapped around exactly how much money they have, says Biljana Manojlovic, a certified financial planner and private banker with RBC Wealth Management in Vancouver. Is $1-million a lot of money to receive all at once? Of course it is.

"But a lot of people think they can do a lot more than they can actually do with that money. It doesn't last as long as they expect," she says.

Ms. Miga does the math. Someone who receives a million-dollar cheque and quits her $75,000 job may feel rich and think she can afford to splurge. Suddenly she's living a $150,000-a-year lifestyle. Yet with today's low interest rates and few guarantees of a high return on investments, there's a good chance the money will be gone in about eight years.

So what should someone who comes into a windfall do? Nothing, advises Ms. Manojlovic.

"The reason why people end up squandering a lot of that money is because they haven't done any planning around it. Park the funds in a bank account somewhere safe. Take some time to think and process," she says.

Dr. Somers calls this waiting period the decision-free zone. In other words, wait until your stress response (or any grieving, in the case of a recent death) abates and you start to accept the new reality.

During this period, it's vital to build a team of experts and professional advisers, too. Look for attorneys, accountants, life insurance specialists, financial planners, investment advisers and even a psychologist or psychiatrist. Larger wealth management firms often have all of these people on staff, or at least on speed dial, Dr. Somers says. Along with individual firms, banks have private banking groups that deal specifically with high-net-worth people.

"You wouldn't go with an adviser who is building their business. You want to work with someone who is used to working with millions," says Ms. Miga, who advises that people interview a few advisers and do some homework to be sure the person has a successful track record. No one wants to get swindled.

Above all, no matter how much money is at stake, take your time before making any decisions about how to spend, invest or donate it.

"People underestimate how much even a small windfall could change their lives if they do the right things with it and use it in a way that aligns with their values," Ms. Miga says.

Make a plan for your money

Carrick on money: It turns out money does buy happiness
May 11, 2018 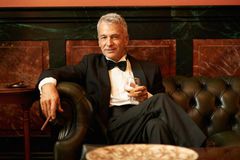 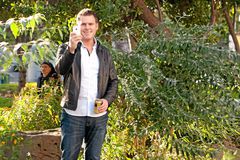 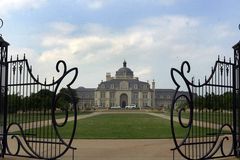 Wealthy stage a tactical retreat on hedge funds
May 11, 2018 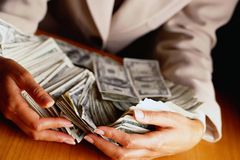 How more tax on the super-rich will help ease income inequality
May 11, 2018 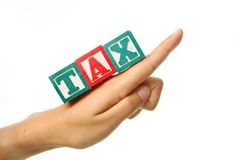 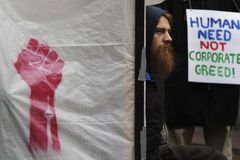