It was just six weeks ago that investors feared Home Capital Group Inc. – Canada's biggest non-prime mortgage lender – was going out of business. That turned the alternative-lending market on its head, and one of the consequences is now being seen: Mortgages have become more expensive for the many Canadians who can least afford it.

The situation at Home Capital has stabilized somewhat thanks to the company securing short-term financing. This lifeline gives Home Capital more time to find a permanent way to bankroll its mortgages.

But the meltdown in investor confidence means the company is still facing severe funding constraints. That's a problem because Home Capital closed more than $5-billion worth of riskier residential mortgages last year.

Related: Are you the right fit for a hybrid mortgage?

No one else funds that much non-prime business in Canada.

Some smaller alternative lenders are seeing application volumes up more than 100 per cent. And when any opportunistic lender gets a flood of business, what does it do?

For one, it raises prices. That's exactly what's happening right now in Canada's non-prime mortgage market. Lenders are jacking up the price of money by demanding higher interest rates.

Since Home Capital's funding woes started, "rates on [non-prime] mortgages have increased between 50 and 125 basis points, based on whether it's a purchase or refinance," said Ron Butler, a broker at Butler Mortgage. (One basis point equals 1/100th of a percentage point.)

That's almost $1,000 to $2,500 more interest over 12 months on the average $201,000 Canadian mortgage. And believe me, many of the people getting subprime loans aren't rich enough to shrug off that cost.

Rate hikes and application backlogs at larger lenders have even small mortgage-investment companies (MICs) getting more of the action. MICs, which specialize in higher risk loans, "are really stepping up, albeit with much higher rates, 6.9 to 7.9 per cent," Mr. Butler says. MICs can fund mortgages much quicker than bigger lenders, with fewer questions and at more flexible terms.

The second thing lenders do when they have too much business is get a lot pickier, and slower to approve people. That means some home buyers who would have been approved a few months ago are getting declined today, or are being offered less favourable terms. Folks with weak credit and/or less provable income – particularly self-employed borrowers – are feeling the brunt of the impact, especially if they're trying to refinance. Refinances are generally riskier in a lender's eyes than purchases.

If Home Capital doesn't partner with or get bought out by a more stable entity – and there's a good chance it will – the company could leave a void in our mortgage market for quite some time.

Can other lenders make up for its lost capacity? "It is really hard to say," Mr. Butler says. "There is a dampening in the market right now and these small players are booming. The only dead certainty is: the consumer pays more."

Have a Home Capital mortgage? Here's what you need to know
Subscriber content
May 1, 2017
Looking for your best mortgage rate? Here’s 20 questions to ask
February 2, 2017 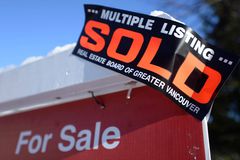 After downsizing to a condo, where can this couple safely invest $300,000?
Subscriber content
June 2, 2017
Follow Robert McLister on Twitter @RateSpy
Report an error Editorial code of conduct
Due to technical reasons, we have temporarily removed commenting from our articles. We hope to have this fixed soon. Thank you for your patience. If you are looking to give feedback on our new site, please send it along to feedback@globeandmail.com. If you want to write a letter to the editor, please forward to letters@globeandmail.com.
Comments