The new Apple iPhone 5 tells us a lot about why you can't get your financial act together.

The iPhone is a brilliant device – a deluxe cellphone that has become a cultural icon. So important is the iPhone 5 that the announcement of its features and release date – it's Sept. 21 – were treated globally as a major media event. Who doesn't now know that the iPhone 5 is 18 per cent thinner and 20 per cent lighter than its predecessor?

Apple could sell 33 million iPhone 5s globally this quarter, a tribute to the company's gadget-building supremacy. But iPhones are also symbolic of a change in society's attitude toward money. We now get our gratification through spending money rather than by saving it.

The savings rate in Canada has been falling for decades, more or less in line with the decline in interest rates. Today, savings accounts offer less than 1 per cent in many cases and barely 2 per cent at best. As a result, a lot of us have come to believe that saving is useless, even foolish. And so, we've moved on to spending.

The iPhone 5 will sell for a suggested retail price between $699 and $899 (depending on how much memory it offers), but in the past it has been possible to pay much less if you sign up for a multi-year wireless phone plan. If an iPhone sounds like an affordable luxury, ask yourself these questions:

However much the phone costs, have I contributed at least that much money, and preferably much more, to my retirement savings this year?

Have I contributed anything at all to my kids' registered education savings plan?

Do I have any money saved that I can tap if the car's "check engine" light comes on, if the basement floods, if the orthodontist says my kid really needs braces or if I lose my job?

If you're covered on all of this, enjoy your new iPhone. Otherwise, you might want to reconsider that purchase because your spending and saving are out of balance.

The roughest rule of saving is that you should be putting away 10 per cent of your take-home pay for the future in a tax-free savings account or a registered retirement or education savings fund. If you're getting a late start as a saver, your number is higher.

External factors like wage freezes and inflation can affect our ability to save, and today's low interest rates offer no encouragement. But the biggest impediment is in our own heads. We see more value in spending than in saving.

In a way, spending by consumers is a good thing because it accounts for roughly two-thirds of our economy. But spending takes away from saving in today's zero-sum economy, where wage growth isn't strong enough to put us ahead of inflation. The only way to save more is to spend less.

The iPhone and similar devices make that a challenge because of the way they draw you into a web of higher spending. You could buy a cheap cellphone and your wireless phone company would probably give it to you for free if you signed up for a service plan. A basic cellphone would mean simple data needs, so you could probably get away with an inexpensive plan.

With an iPhone, you'll pay extra to buy the phone and likely face higher monthly plan costs. And then there's the temptation to upgrade. An iPhone 5 bought this fall could be superseded by something better within 12 months. By then, there will probably be a new iPad and, who knows, but maybe Research In Motion will have turned some heads with the new BlackBerry 10. Every new product is competition for money you could otherwise use to save or pay down debt.

You're urged to buy things all the time via mass media, but there's no lobby for saving. Apple had Steve Jobs on its side. Savers are stuck with Benjamin Franklin, who said that a penny saved is a penny earned.

How can we get people saving more, then? By making it automatic, not discretionary. Have money electronically diverted from your chequing account to your RRSP, TFSA, RESP or a savings account every time you get paid. Have some money left over after the bills are paid? Hello, iPhone.

How the savings rate has tracked in the past 50 years

(data taken from first quarter from each year) When it comes to debt, unemployment is the big risk
September 10, 2012 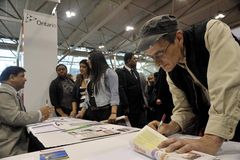 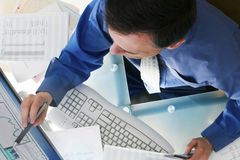 Investing fees: Full disclosure is worth the added cost
September 12, 2012 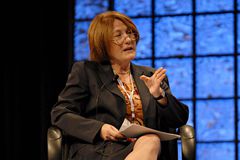