Ottawa introduced the Tax-Free Savings Account three years ago to help people shave off some of the cost of investing while they build their nest eggs, but the majority of Canadians still don't have a clear grasp about how the savings vehicle works.

A recent poll conducted for ING Direct found that 64 per cent of Canadians don't know what a TFSA is, only have a vague sense of it or don't comprehend it at all.

"Whenever there's an opportunity to save a nickel in paying tax Canadians really do seem to be interested, which is why when the government gives you an opportunity like this, it's a shame that people don't understand," Peter Aceto, president and chief executive officer of ING Direct Canada, said in an interview.

A TFSA, which is now in its fourth year, has an annual contribution limit of $5,000, but it offers tax-free withdrawals and tax-free investment income for Canadians over the age of 18. Investors just have to be careful not to over-contribute or they will face a tax penalty.

About 6.8 million people had opened 8.2 million TFSAs by the end of 2010, which is the most recent data available, according to the Canada Revenue Agency. That was 1.9 million more account holders than in the program's inaugural year.

And about half of those individuals contributed the maximum amount in 2010, the federal government said. The total fair market value of the assets held within TFSAs was pegged at more than $40-billion.

The ING survey, which was conducted last fall by Angus Reid of almost 1,700 Canadians, but only released this month, also found that many people aren't sure who is responsible for monitoring activity in a TFSA. Twenty-three per cent thought their bank had the job of tracking contributions and withdrawals, while 12 per cent thought it was the role of government and 7 per cent believed their financial adviser would handle it.

If investors don't keep track of the transactions, it could result in penalties. For the 2010 tax year, Ottawa sent letters to about 103,000 TFSAs holders last summer questioning them about over contributions.

To date, about 27,500 have asked for relief, while about 34,530 people have coughed up the tax penalty. Ottawa is still waiting for responses from others.

"In 2011, we took the decision to be as flexible as possible where a genuine misunderstanding had occurred," said CRA spokesman Philippe Brideau. "We are continuing to review each situation on a case-by-case basis and, where appropriate, waiving taxes on excess contributions for this year."

"We've seen a lot of the penalties," Mr. Aceto said. "We get a lot of the calls and in fact even after the first year, a huge amount of these letters went out, we helped work with federal government to help [customers] understand what was going on."

Finally, the poll showed that Canadians might not be taking full advantage of their TFSAs.

Almost half of the respondents have their TFSA funds socked away in savings accounts, which may not be earning them as much as other investment mechanisms such as mutual funds (where 19 per cent have funnelled their TFSAs), GICs (13 per cent) or stocks or bonds (10 per cent).

But Mr. Aceto said that's an improvement. In the program's first year, ING found that 90 per cent of TFSAs were placed in savings accounts.

The Conservative government considers the program a success as more and more Canadians get on board, but clearly more education needs to be done both by Ottawa and financial advisers while investors conduct their own homework.

"There still seems to be a pretty wide gap and there's a real missed opportunity," Mr. Aceto said. 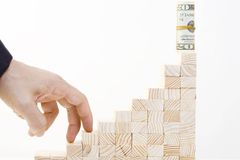 Check this list twice so your portfolio looks nice
December 19, 2011 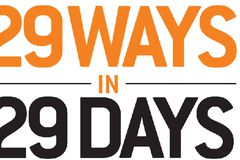 The quest for financial security for their sunset years
November 22, 2011 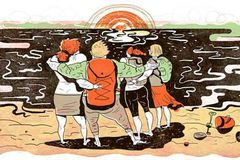 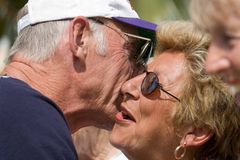