Getting ready for her big day, bride-to-be Erin Altenburger dreaded one particular task: picking out items for the gift registry. At 31, she had already spent years accumulating housewares and appliances – she didn't want to get rid of them just for the sake of upgrading. Nor was she exactly a cup-and-saucer girl, so china sets didn't seem practical. Plus, the 660-foot downtown Toronto condo she shares with her fiancé doesn't have space for much more. "I was going around the Bay zapping things with the [scanning] gun that I wasn't sure we needed or wanted, thinking: 'Where are we going to put all of this?' "

Then she heard about the Gift Network, a new online registry that's partnered with more than 100 small Toronto retailers, which collectively offers couples everything from placemats to original art, spa experiences and fitness equipment.

"It gives us way more options," says Ms. Altenburger, who's most excited about the $275 white cuckoo clock she picked out from Ma Zone, the $40 pair of candle holders from 1212 Decor she describes as straight out of Alice's Adventures In Wonderland and the $18.95 toast-shaped coasters from Blackbird Vintage Finds. "This is the kind of stuff that really reflects our personalities."

Once upon a time, wedding registries served young couples who were leaving their parents' home for the first time and needed toasters and towels along with every other house essential. Without much choice in the home-decor market, big stores like Sears, the Bay or more upscale Holt Renfrew offered everything a new bride desired.

But now, with couples marrying later and often living together beforehand, their need for home essentials has diminished. Add to that a thriving boutique retail scene able to attract couples whose unique senses of style have had years to develop, and the industry is primed for change.

The Gift Network is just the latest entry into the alternative registry fray. New choices include cash-based sites such as WeddingRepublic.com and OurWishingWell.com that allow guests to contribute money to a couple's own wish list, specialized sites such as eHoneymoon in Canada or Foodie Registry in the U.S. and the increasing number of small businesses launching their own online registries. The timing couldn't be better for brides like Ms. Altenburger.

In Vancouver, Genève McNally, a wedding planner at DreamGroup Productions, witnessed the registry rebellion begin a few years ago as more small businesses launched registries online. Couples, she says, were quick to embrace their newfound choice.

"They get really excited when we show them what they can do with their registry," Ms. McNally says. "It's completely changed; 10 years ago, it used to just be the Bay." Now, at the bridal shows she attends, she's noticed the Bay handing out free $20 gift cards just to get brides to sign up. For Ms. McNally's clients, registries to create a wine cellar, acquire a piece of original art, or embark on a dream honeymoon tend to woo the most converts away from traditional stores. And, as the Gift Network prepares to expand to major cities across Canada this year, her clients will soon have access to its niche products.

Though local businesses can set up their own registries, Cole Diamond, the founder of the Gift Network, believes that a centralized website featuring several boutique retailers best satisfies today's couples. It provides their clients with that same one-stop shopping of a department store, while offering a wide slate of unique products.

One of the favourite features of the Gift Network, Mr. Diamond says, is the chip-in option where gift buyers can contribute to a bigger ticket item – whether that's a $20,000 custom-designed kitchen by Dekla, or a $3,200 Sunny Choi oil and acrylic painting.

"When I was doing the market research, I talked to several married couples who said they ended up returning a lot of smaller gifts for store credit so they could pool that money to get a bigger item. This way people with any budget can contribute to a more expensive item outright," says Mr. Diamond.

Kym Klopp, owner of EcoExistence, was one of the first to sign up with the Gift Network when it launched in September. Ms. Klopp, who sells a full line of environmentally conscious products for the home, had long wanted to set up a gift registry, but the high cost prohibited that venture.

Not only does the Gift Network allow her to reach people who wouldn't normally walk by her store, but it equips her business with the capacity to sell online. "We've had people get to know our store and its products just through this registry alone," she says.

As Ms. Altenburger and fiancé Paul Thomson finalize the details for their nuptials in July, they've decided to keep that Bay registry and link it to their Gift Network page – "I'll never tire of those [Hudson's Bay Company] point blankets," she writes on her registry, "especially when they're repurposed as pillows."

But the memory of the zapper is firmly behind her. "It's so much nicer to sit in the comfort of your home and find items that are meaningful," she says, "the kind that people will look at and say, that's so Erin and Paul."

Registry or cash? What do you consider the best wedding gift?
April 15, 2011
Balancing the wedding budget with etiquette
July 31, 2011 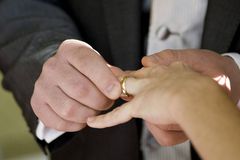 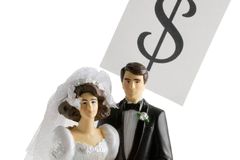 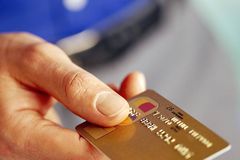