Getting unmarried is as time-consuming and detail-oriented as tying the knot in the first place, so if you were the type to hire a wedding planner, it's not a far leap to think you'd want a divorce coach.

"The whole process is an emotional roller coaster," says Candace Pittenger, 51, a natural healer in Carlsbad, California, who used a divorce coach this year to help end her 13-year marriage.

"You're splitting up everything - your house, your stuff, our children, which in our case are our furry pets. I knew a lot of emotions would come up, and I needed someone to help me deal with all of those."

Just as the 1990s brought the rise of life coaches in the U.S., the new millennium is the age of the divorce coach. It's a concept that appears to have started with Dr. Kim Lurie, a Merrick, New York, attorney who began calling herself a divorce coach in the 1990s.

The phrase "divorce coach" doesn't begin turning up in newspaper archives until the 2000s, when attorneys, financial mediators, psychotherapists and other professionals began reinventing themselves and calling themselves divorce coaches.

In recent years, businesses around the U.S. have taken divorce coaching to a new level: A couple works with several coaches, each specializing in things such as finances and co-parenting.

The key to finding a competent divorce coach is researching your coach's background - whether it's law, finance or counselling - and deciding if it will lend itself to helping you navigate your divorce. Some divorce coaches do receive specialized training, but if you aren't careful, you could wind up hiring a divorce coach whose only experience is having been divorced. The industry is in its infancy even as its (mostly) affluent clients struggle with very grown-up problems.

So if you're thinking of hiring a divorce coach, here is what they can help you with.

Many people use divorce coaches to minimize talking to their lawyers. It's a chance to vent about what a jerk your ex is to a professional who isn't going to bill you as much.

Pittenger used her divorce coach to take lawyers almost completely out of the equation. She worked with an attorney-turned-divorce coach, Laura McGee, who referred her to Sarah Elder, who runs Divorce with Dignity, a service that specializes in legal documents needed for divorce.

Mostly, though, divorce coaches are used in conjunction with attorneys.

"I love them, and if I had my way, I'd never work without them," says Brigitte Bell, a Chicago divorce attorney. "They help manage the clients and support them by bringing a different set of skills to the divorce process than we do."

Randall Cooper, co-founder of CDC College for Divorce Coaching in Tampa, Florida, which provides training and certification to divorce coaches, says the average cost of a divorce coach is $100 (U.S.) to $150 per hour, versus several hundred per hour for an attorney. The cost of either often depends on geography.

McGee, of San Diego, charges $225 for a 90-minute coaching session and $375 for a 2.5-hour session. Someone with a really complicated divorce may want to spend $675 for her five-hour session.

Just don't mistake a divorce coach's advice for legal advice. "It's not," says Cooper. "That's the realm of the attorney."

While some people lean on friends and family for support, that can come with its own emotional baggage. Many divorced individuals, says Dave Hilton, a Dallas-based financial conflict coach, have "family members pushing them extremely hard to take their ex for all they are worth or hurt them in another way."

Cooper says his job is to be his client's "thinking partner." Divorce is a long process, and the coach goes along for the ride - not as legal counsel or therapist, but as a guide. "It's all about creating a safe, supportive, nonjudgmental and patient environment," says Cooper.

And the objectivity of a paid coach can be useful, says Beth Ashby, 46, a former nurse in West Lafayette, Indiana, who is getting her divorce coach certificate from CDC. "A divorce coach can really help someone define and refine their goals and let you pare down and peel the onion layers and get to what really matters," she says.

But be aware that even if coaching costs a lot less than most lawyers, fees can add up if you book a lot of hours.

You may have your emotions in order but not your paperwork, so there are free and low-cost services available, such as legal aid societies and software programs like DivorceWriter.com and RocketLawyer.com. But if that's still too difficult, a coach is one level up in help (and cost).

Chris Furney, a project manager at a consumer products company in Atlanta, and his wife Anna ended their marriage in 2010 using Divorce Innovations, which specializes in divorce without lawyers. Two coaches helped the couple with everything from navigating their taxes to working out child-support issues, which was very helpful, says Furney, who admits to not initially understanding the nuts and bolts of the process.

Furney says he spent about $3,000 on his attorneys and $7,000 at Divorce Innovations, which shows that divorce coach costs can add up. But he estimates he might have spent three times that if he had only gone with lawyers, and would have lost plenty from the financial mistakes he would have made on his own. 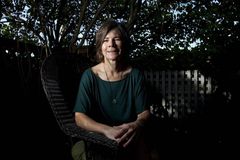 Just divorced and adjusting financially
May 8, 2018 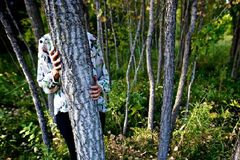 Getting divorced? Five steps to get your finances back on track
April 13, 2017
Divorcée must kick her debt habit to the curb
April 30, 2018 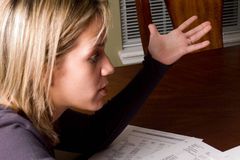 Don't sign those divorce papers without financial advice
May 1, 2018 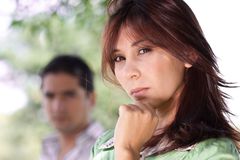 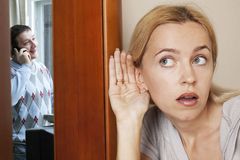