In his savings, that is. "I went in thinking it was going to be a fairly small tweak to the brakes and, lo and behold, I had this big bill," he said. "It took a big whack out of my small amount of savings."

Mr. Telford, 49, a West Coast political science professor, is a study in the financial challenges facing even households that are at the upper end of the middle class. "If someone as well off as me struggles, then it must be very stressful for those who are in the middle of the middle class," he told me in an e-mail.

Mr. Telford makes about $86,000 a year and, as his Real Life Ratio affirms, he can barely afford his modest life as a homeowner. The Real Life Ratio was introduced in a column this month as a way to help people see if they can afford a house and all the other costs of living a financially responsible life (download the spreadsheet). Mr. Telford used the spreadsheet we created to help readers calculate their ratio and came up with a worst-case score of 89, which means he faces an overload of financial stress.

For now, he's doing a little better than that, thanks to some extra, limited-time earnings related to his being a department head at his university, by teaching an extra class, and by not saving the recommended amount each month. "In the long term, I will be okay," Mr. Telford said in an interview. "The challenge is getting from here to the long term."

This is a fortunate man in many ways. In addition to having minimal non-mortgage debt and a good salary, he has tenure and, thus, job security. He also has a defined benefit pension plan, which puts him ahead of most people in having money for retirement. And, yet, a simple repair bill on his minivan turned into a seismic financial event.

He can't be alone in living this life of financial instability.

He sees his problems as being those of a big part of the population: Stagnant income meets soaring house prices. "You've got people with more limited incomes buying more expensive houses – there's the squeeze."

He says he hasn't had a raise in more than half his 13 years with the university, and the raises he did get were modest. Meanwhile, housing prices in his city of Abbotsford, B.C., have jumped.

In buying out his wife's share of the family home after a separation, Mr. Telford was left with housing-related costs that devour more than half his take-home pay. The rest goes to household expenses, car costs and the care of his seven-year-old son, which includes after-school daycare and fees for playing soccer.

Indulgences? Mr. Telford said he goes skiing with his son and enjoys wine now and again. "I can get by," he said of his financial situation. "But the precarious thing is unexpected costs. You never know when they're going to come, but you have to count on them happening."

When his property tax bill comes due , Mr. Telford will rely as usual on a cheque from his extra work. "Savings?" he said. "That's what I'm not doing. I'm not even putting aside money each month for property tax."

We've heard lately that households are doing well because their net worth has risen impressively. Mr. Telford can't see much practical use in this gain, though. His house may have risen in value, but he can't access the equity without selling. Moreover, the house is as much a financial risk as an asset if interest rates rise and increase his mortgage payments.

Mr. Telford closed his e-mail by saying he isn't looking for sympathy, just some understanding of how hard it is to get by even for a member of the upper middle class. "I can only imagine how stressed the other 95 per cent of the population must feel."

Check out Hamish Telford's Real Life Ratio in an infographic. 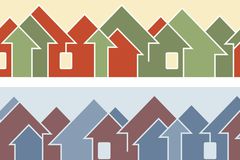 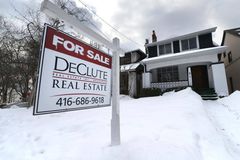 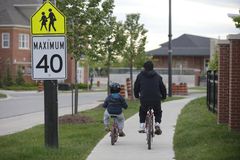 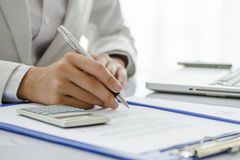 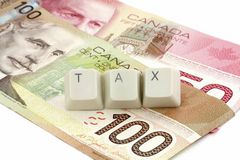