When I was growing up, my family almost always bought used cars. I remember a grey VW bug, a beige-coloured Rabbit, and of course, the car I inherited when I turned 16 – a rusty, bronze-coloured 1980 Mercury Zephyr (by the end of its run, only one of four doors actually functioned).

My Zephyr bit the dust after an unsuccessful safety check, but for nearly two decades after that, I only drove used or hand-me-down vehicles.

My husband and I "went new" when kids came into the picture, but if we ever were unfortunate enough to need a second vehicle for work reasons, there's no way we'd buy another new car. In this era of belt-tightening and bargain-hunting, used cars seem to make more sense.

When it comes to buying a used car, there are so many options – a plethora of car makes, years and models to choose from. So where do you start? Chris Chase is the used car reviewer for Autos.ca and he gave me his picks for the top used vehicles for your money in five categories: sedan, compact, minivan, SUV and hybrid.

If you're in the market for a used vehicle, read on – you might be surprised:

Sedan – Ford Fusion Though domestic-branded cars have a reputation for poor durability and reliability, says Mr. Chase, the first-generation Ford Fusion (2006 through 2009) bucks the trend with a reliability score to rival that of Toyota's Camry.

"The Fusion's typically low resale values – a side effect of the domestics' reputation, historically – make it a seriously good deal as a used car," he says.

Because fuel consumption is "decent" but not class-leading for its time, Mr. Chase says four-cylinder models are the most frugal, and consumers looking for the safest choice might want to buy a Fusion built after January 2007 – side airbags became standard and some structural changes resulted in improved safety ratings. But avoid cars with the optional all-wheel drive system, he says. They are known to leak as the car ages and are expensive to repair.

How much new? A four-cylinder Ford Fusion SEL starts at $22,699, according to ford.ca.

Compact – Hyundai Elantra You might expect a Toyota Corolla or Honda Civic to rule this category. Not so, says Mr. Chase.

"As in the Fusion's case, recent years have seen Toyota and Honda's quality lag somewhat, allowing this well-built, aggressively-priced Elantra to gain a toehold in Canada's lucrative small car segment," he says.

Though there are some common, minor problems (a persistent clunk in the rear suspension and some quality issues with body hardware), Mr. Chase says the "big stuff" like engines and transmissions are very solid in the Elantra. 2010 models are the safest, though he warns that some safety features like head curtain airbags and anti-lock breaks were optional in these cars.

How much new? The base price for an Elantra GLS is listed at $20,999 on hyundaicanada.com.

Minivan – Toyota Sienna (2004-2009)/Honda Odyssey (2005-2010) Though neither vehicle is the least expensive minivan by far (that honour goes to the Dodge Caravan), Mr. Chase recommends both for being the most durable minivans on the market. However, he warns that both have flaws consumers should watch out for.

"Honda has been battling automatic transmission gremlins for more than a decade now," says Mr. Chase. "It's been suggested that this has been fixed in newer cars, but the threat of a catastrophic transmission failure is a possibility in pre-2005 vans. Newer models suffer from a different transmission problem involving the torque converter."

As for the Sienna, the 3.5-litre V6 in 2007 and newer Siennas has a rubber, high-pressure oil line that's prone to leaking or rupturing, says Mr. Chase, which is not good for engine longevity. Also, he suggests that they key to a reliable minivan from any make is to "keep it simple."

"As handy as they can be, items like power sliding doors and tailgates fail frequently," he said.

Despite what might seems like a number of reliability problems, Mr. Chase says these two makes are the best bets for used minivans. Both have performed well in crash tests since the early 2000s, with the Odyssey getting the edge in earlier models.

SUV – Hyundai Tucson/Kia Sportage (2005-2009) When it comes to SUVs, the Tucson and the Sportage tie for best value for the dollar, says Mr. Chase.

There are no serious widespread problems to beware of, he says, and in terms of safety, "it depends who you ask." While the National Highway Traffic Safety Administration thinks very highly of the Tucson and Sportage, Mr. Chase says the Insurance Institute for Highway Safety gives both models middling ratings.

Hybrid – Toyota Prius 2004-2009 No surprise here – Mr. Chase says this long-running hybrid name is tops when it comes to value for your dollar. "In spite of how complicated this car is, combining electric motors and a gas engine, along with all the computing power needed to make them cooperate, it's proven very solid in the long run," he said.

Crash safety is very good in the Prius, and the car's eight-year/160,000 km hybrid component warranty is fully transferable to subsequent owners of the car.

A couple of tips though: First, avoid the navigation system and available DVD player, says Mr. Chase. "These items are the most troublesome in this car." Also, one of the few mechanical problems is with a part called the inverter coolant pump, which keeps a critical part of the car's complex electric system from overheating. "Toyota issued a Technical Service Bulletin about this in the U.S., which might apply to Canadian cars, too," he said. 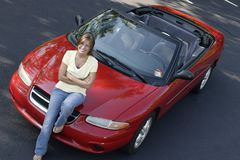 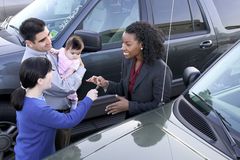 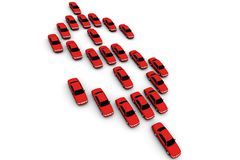