There's lots to celebrate in Canada from a financial point of view as we head into the final weeks of 2017.

Unemployment is down, wages are up, stocks are chugging along and houses have held the value they've built up in the past decade. We have a strong foundation for financial happiness, but people aren't responding. It's not just Canada – people in several other well-off countries don't feel satisfied with where they are financially, either.

This discontent may simply be part of a long readjustment following the global financial crisis that began a decade ago. Or, it could be an early warning that the traditional measures of prosperity in the industrialized world don't work as they used to. Regardless, it's a problem when large numbers of people are unhappy with their financial position.

Financial discontent is hard to detect and easy to ignore because no one talks much about it. Only when people are asked about their finances in polls and surveys do they unload. A CIBC poll released on Thursday found that nearly two-thirds of people say their holiday spending is out of control and that 41 per cent feel as if they can't really afford this spending.

Some additional evidence of financial stress has emerged. In an annual global prosperity ranking by the Legatum Institute, Canada just slipped to eighth from the fifth spot for reasons that included a belief that hard work doesn't necessarily make you more prosperous.

The global consulting firm Willis Towers Watson recently issued a global workplace benefits survey in which people were asked to consider all aspects of their financial situation and report whether they were satisfied. Just 44 per cent of Canadians said yes, compared with 55 per cent in 2013. Similar declines were noted for Australia and Britain. The biggest drop was in the United States, where roughly one-third of people were satisfied.

In the Willis Towers Watson results, 30 per cent of people surveyed said their financial problems are negatively affecting their life, up from 18 per cent in 2015. This is a problem for their employers. While workers who are struggling financially are keen to retire, half of them don't expect to be able to do so until their 70s.

The Willis Towers Watson study asks: "Will this translate into a group of discouraged older workers sticking at their jobs out of necessity – acting as a drag on productivity?"

The election of Donald Trump little more than a year ago was influenced by a number of factors, including financial discontent. As documented in the Willis Towers Watson study, Americans have become more financially unhappy than Canadians in recent years. Still, politicians here can't be complacent. An improving economy is something they like to brag about, yet it hasn't done much for the country's financial morale.

We may just need time for the mood to improve. The November unemployment rate was the lowest in nearly a decade and average hourly wages were up 2.8 per cent on a year-over-year basis. That's double the inflation rate, which means people are getting ahead. Continued momentum for the economy would presumably help lighten the mood for Canadians when they consider their finances a year from now. But there are nagging issues that contribute to financial unhappiness today, and will continue to do so.

High levels of household debt are part of this, but there's more to the picture. People seem to feel vulnerable and powerless. In the Willis Towers Watson study, four in 10 agreed with the statement that they live paycheque to paycheque, and therefore have no significant savings.

Sure, house prices have risen a lot in some parts of the country and global stock markets are strong. But it's becoming increasingly obvious that rising asset prices benefit only part of the population. You only have to think of the gap that exists between people who have owned homes in Toronto and Vancouver for many years and those who can't afford to buy in.

Financial conditions in this country are as promising as they've been in a while, and yet the mood is dark. What's eating you, Canada? Finding out is one of my top priorities for 2018. Nearly two-thirds of Canadians feel holiday spending is ‘out of control’
December 7, 2017 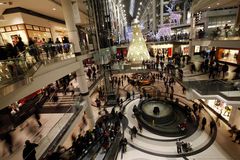 Ten financial details that need your attention by the end of the year
November 30, 2017 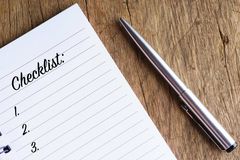