As of next year, Canadians will be able to save an extra $500 in their tax-free savings accounts but financial advisers say that the increase is meaningless for most people.

The Conservative government in Ottawa made the announcement Monday morning, raising the TFSA contribution cap to $5,500 from $5,000 as of 2013. The savings vehicles are popular with Canadians because any investment gains made are not taxed.

Kurt Rosentreter, financial adviser with Manulife Securities, says the additional $500 a year is "mostly immaterial," given that most people are having a hard time with their mortgage and making the maximum payments to their Registered Retirement Savings Plans.

"This will not make or break anyone's financial future," he said.

John DeGoey, a certified financial planner and portfolio manager at Burgeonvest Bick Securities Ltd., says that in general, the increase in contribution room favours wealthy people. "This is another example, perhaps, of sucking up to the 1 per cent," he said, noting that few people have no debt, are maximizing their RRSPs and have $5,500 per person left over for a TFSA.

"This is Mitt Romney-eque in its public policy implications in that while you could argue that it is good public policy in principle, in practise most people will say this is neither here not there because they can't afford it."

Mr. Kurt Rosentreter sees a clear generational divide when it comes to TFSAs. Retirees who have and are now living off of all they money they need will be the biggest beneficiaries of today's increase, he said. "For them this is a shell game and it gives them more ways to pay less taxes to the govt, so they will be happy about that."

Most of his younger clients, those under the age of 45, do not have TFSAs because they are too busy trying to pay down their mortgage and save for retirement, as well as their kids' educations. "They are too busy with other parts of their finances, so to them this is irrelevant," Mr. Rosentreter said.

The story is a different among the 45- to 65-year-old crowd, where TFSAs should be a core part of their long-term financial planing. "They should be maximizing these, alongside their RRSPS, because many of them do not have pensions anymore and are nowhere near they need to be ... for retirement savings."

The government noted that when the TFSA was introduced in 2009, they said they would increase the original $5,000 limit in $500 increments tied to inflation. "2013 will be the year in which the first $500 increment takes effect...," the Monday release said.

The Conservative government had at one point proposed to double the TFSA contribution limit to $10,000 once the deficit was eliminated. But Finance Minister Jim Flaherty's most recent fall economic forecast pushed back Ottawa's timeline for erasing the federal deficit until 2016-2017.

Mr. DeGoey says that while Prime Minister Stephen Harper and Mr. Flaherty would have preferred to double the TFSA limit, they knew this will not be feasible until after the next federal election. "They realized they might as well stick to plan A and increase the amount by $500 to get two years of political goodwill out of this."

He and his wife opened a TFSA when the accounts were first introduced. Then nearly three years ago, they bought a house and took on a bigger mortgage. At that point, they decided to follow Bank of Canada Governor's Mark Carney's advice and pay down their non-deductible debt. So they closed their TFSA and did just that.

Tina Tehranchian, a senior financial planner with Assante Capital Management Ltd., took a more upbeat view, saying that "while $500 extra savings in one year will not be a material amount when it comes to short-term savings for most Canadians, this will ensure that the TFSA limit will keep up with inflation and will make an impact on the overall amount saved on a long-term basis."

Nearly half of Canadians have TFSAs, but are they using them?
August 27, 2012 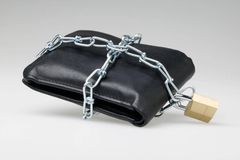 Harper's TFSA promise is what voters want to hear
April 7, 2011 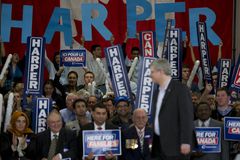 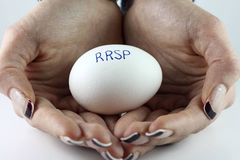 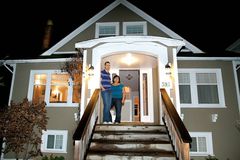