I have to call my cable company in the next while to perform one of life's most annoying, possibly even loathsome, financial tasks.

It's the renegotiation of our cable TV and high-speed Internet package. Rogers, our cable provider, has set prices for all its products and services. But like most telecom providers today, it offers better deals for pretty much anyone who calls in to ask.

The federal government believes that a lack of competition is a problem in our telecommunications sector. That's why it keeps trying to encourage a new entrant to take on Bell, Rogers and Telus in the wireless business.

If you enjoy buying new cars and setting up mortgages at the bank, then you'll love negotiating your cable, Internet or smartphone package. Me, I dislike the tedious back and forth, the posturing over what can and can't be offered and the obvious agenda of trying to get you to bundle all your business with one company, thereby cutting off all future negotiating leverage. Most of all, I dislike the mystery about whether I'm getting a good deal or not.

Cable TV, Internet and cellphones can easily cost a family of four between $200 and $400 per month. That's enough to vie with property taxes as the second-largest household expense after mortgage payments. Any opportunity to cut telecom spending must be explored.

For those who don't know about the negotiability of these costs, here's the drill. First, you call the customer service desk and say you want to discuss your current service package and rates. It's unlikely the agent you speak to will be able to do anything about your cable bill, which means you'll need to request a transfer to a customer retention person. Now, you're ready to negotiate.

The first time I called Rogers to deal, about four years ago, I discovered that our particular cable TV package had long ago been eliminated for new customers and that much better deals were available.

Eventually, we agreed on a plan that cut our combined cable TV and high-speed Internet costs by about 30 per cent. For a year. Our discount off regular prices was pared back slightly in our next negotiation, and then again the next time. To take the edge off the final time, we were given a deal on more data per month on our Internet package.

The latest deal lasted two years. Now, it's time to renegotiate. I'd rather a visit to the dentist where I have a cavity and have to listen to a lecture on flossing from the hygienist.

The same applies to dealing with Bell, where we have our family's wireless plan and home phone. During one particular negotiation, I had to go to a quiet phone at the back of a Bell store to call the customer retention people, strike a deal and then walk to the front of the store to have the sales staff rack it up for me. What a fun way to spend an hour.

When we renewed that Bell plan late last year, we were quoted an all-in monthly price that lasted a few months and then went up. Apparently, we had a discount from the previous plan with just a few remaining months to go. No one in the store bothered to mention that.

The easiest way to get a better deal from Rogers or Bell is to consolidate all our business with one or the other. I gave this some thought the other day when one of Bell's crew of door-to-door salespeople knocked at our house and pitched the company's TV and high-speed Internet services.

Intrigued, I asked my son to compare Bell and Rogers online. While Bell seemed better or cheaper in some ways, Rogers appeared to win in others. The only reason to switch everything to one company would be the promise of a discount that we'd have to fight to keep in later years. No point in bothering, then.

I will call Rogers in a while to renegotiate, but I'm also thinking about an exit strategy using online alternatives like Netflix and an HD-TV antenna that brings in local TV signals for free.

Netflix already accounts for almost all our TV watching, and it costs us just $7.99 per month. I checked back 18 months and the price hasn't gone up once. Rogers has cranked up its rates three times over that period.

Bloggers weigh in on how to get rid of cable TV and still watch what you want.

A big step in Ottawa’s plan to get a fourth wireless carrier
Subscriber content
July 8, 2014 How to protect yourself against rising energy prices
June 11, 2014 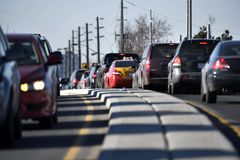 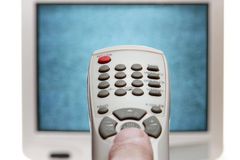