My 29th birthday brings with it another anniversary of sorts – my 10th as a renter.

To be fair, the early days were at my university residence and then another stint with my parents – rent free, thanks mum and dad – after I graduated and started working.

I certainly didn't plan to rent for this long. My parents and most of their friends bought houses in their 20s, and I always thought I'd do the same. But the incredibly high cost of real estate in Toronto, coupled with the federal government's recent moves to cool the market by reducing the maximum amortization on mortgages, put that on hold.

While many friends who live in smaller cities and rural areas bought homes years ago, I'm still renting – and that's okay. Aside from the occasional pangs of jealousy when I visit my home-owning friends who have gardens and dishwashers and washing machines they don't have to share with anyone, I'm happy to be renting – and here's why.

1) My down payment fund is growing

When my partner Don and I decided to live together almost three years ago, we were lucky to find an inexpensive one-bedroom apartment in a big house in our dream neighbourhood. At $1,200 a month, which the two of us divide evenly, the rent is easily affordable. Another $100 covers gas and hydro. Of course our landlords could choose to raise the rent – but the government of Ontario prevents them from increasing it by more than 3.1 per cent a year in most cases. Our low housing costs allow us to put a lot of money into savings – cash we hope to one day use toward a down payment.

In Canada the minimum down payment required on a home is 5 per cent. With our combined savings, we could put that down on a condo or house today and still have cash left over for some renos. In fact my bank has offered a few times to preapprove us for a sizable mortgage and told us they believe "it's always a good time to buy a home."

But as my colleague Rob Carrick notes, even a few extra thousand dollars in a down payment will lead to significant savings on the principal and interest of mortgage payments. And if we can manage to save 20 per cent to put down on a home, we'll avoid paying the government's mandatory mortgage default insurance.

Those monthly payments are nearly twice what we spend on rent.

2) Home prices are at record highs

While home sales in Toronto have started to slow, prices have not. The average price of a residence was $479,095 in August. I have friends who are house-hunting and they tell me it's almost impossible to find a home for that price that's not in an undesirable neighbourhood or requiring major renovations. Many economists expect prices across Canada to come down significantly in response to the government's recent measures. Even if they don't in Toronto, I'll have a bigger down payment when I'm ready to jump in.

Of course interest rates could rise , but most forecasts suggest they're likely to increase slowly. And a bigger down payment will offset the impact of a slightly higher mortgage rate.

3) Renting has a lot of perks

In the meantime, I'm enjoying the flexibility and perks of renting. Not owning means I don't have to pay property tax – that's $3,694.77 a year for the average-price home in Toronto. Whenever something goes wrong in the very old house I rent, I don't have to pay a cent to fix it. I also don't have to deal with the stress of finding someone to do repairs.

My low rent also means I get to live in a trendy, centrally-located neighbourhood I'll likely never be able to afford to buy in. And since I have a lot of disposable income, I can frequent local restaurants, bars and movie theatres without having to feel guilty or worrying about making my next mortgage payment.

Because I'm now on a month-to-month lease, should Don's job situation change, we can move out at any time provided we give our landlords 60 days notice. Imagine having to sell a home under that pressure. No thanks.

I still hope to own a home within the next few years, and I look forward to the day when the money I spend on housing will be toward something that's all mine – an asset whose value will likely grow over time. I'll have a backyard and laundry room I won't have to share with other tenants. And I'll definitely install a dishwasher. 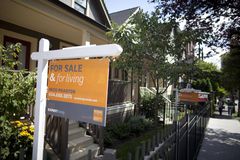 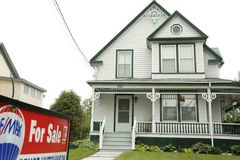 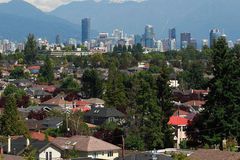 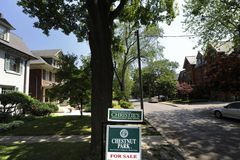 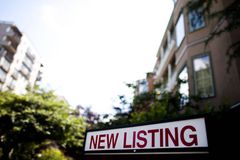 When renting is an appetizing option
August 17, 2012 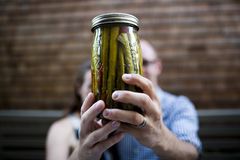