This is an edited excerpt from The Vigilant Investor: A former SEC enforcer reveals how to fraud-proof your investments by Pat Huddleston.

YBM was a publicly traded company whose shares traded on the Toronto Stock Exchange. In 1997, it applied unsuccessfully for listing on U.S. stock exchanges.

With former Ontario Premier David Peterson on its board, YBM became the darling of the Toronto Exchange. Coopers & Lybrand had previously done accounting work for the company, and Deloitte & Touche was currently retained. In filings with Canadian securities regulators, YBM reported revenues of hundreds of millions of dollars from the manufacture and sale of magnets. It issued press releases about its success and held investor conferences at which it touted its profitability. Shares in YBM rose from 10 cents per share in July, 1994 to $20.15 per share in March, 1998.

By 1998, however, the U.S. Securities and Exchange Commission and the Department of Justice had begun to smell a rat; they received a tip that YBM had (unsuccessfully) offered its auditors a $500,000 bribe to certify the accuracy of its financial statements. When the FBI raided YBM's headquarters, it found bank statements, invoices, and purchase orders for millions of dollars in magnet sales, and thousands of pages of additional documents related to the profitable business, but no magnets.

The Brainy Don and the Phantom Factory

YBM was the work of Russian mobster Simeon Mogilevich. He graduated from the University of Lviv at 22 with a degree in economics, but he fell in with criminal gangs and began supporting himself with petty crimes. Those crimes led to two stints in Siberian prisons, where he met established mobsters.

Mogilevich has all the trappings of a successful international businessman. He speaks several languages; holds passports from Russia, the Ukraine, Israel, and Hungary; and even owns interests in several legitimate businesses. But beneath the veneer of legitimacy, he is the boss of all Russian mob bosses. He is on the FBI's Ten Most Wanted list, and earned the nickname "the Brainy Don."

Mogilevich ran his YBM scam from Budapest, providing $2.4-million in seed money. He bribed lawyers and accountants to set up a network of shell companies to disguise his ownership of YBM, to make the enterprise look legitimate, and to gain approval for YBM shares to trade on the Toronto Stock Exchange. When he sold his shares, he reaped a profit of $18.4-million, leaving shareholders with an interest in a phantom enterprise. While he was arrested in Moscow in 2008 on relatively minor tax evasion charges, Mogilevich's widespread bribery of government officials makes it unlikely that he will ever spend a significant amount of time in prison. Because there is no extradition treaty between Russia and the United States, it is highly unlikely that he will ever have to answer for his YBM fraud.

Avoiding the YBM scam would have been difficult because it was so well disguised. Investors tend to believe that any company that can attract a former prominent member of a Canadian government to its board of directors, convince two of the big four international accounting firms to do its accounting work, and have its shares listed on the Toronto Stock Exchange must be legitimate. So how could an investor have known otherwise?

One clue was that YBM was never able to gain listing on an American stock exchange. Although Canadian authorities work hard to prevent it, many offering fraudsters begin their scams on Canadian exchanges. Unlike the U.S., Canada has no federal securities enforcer comparable to the SEC. Instead, each province and territory has its own securities enforcement agency. A lack of communication between law enforcement agencies can have disastrous consequences, and in the absence of a single federal securities regulator in Canada, the chance of that kind of lapse in communication is increased. In the YBM case, a vigilant investor would have been doubly suspicious of a U.S.-based company that could not gain listing on a U.S. exchange.

Companies that trade on U.S. exchanges must file a Form 8-K with the SEC when they change accountants. You should peruse the 8-K filings of any company in which you plan to invest.

The Pump and Dump

One of the reasons that the YBM scam was so difficult to spot was that it made the Toronto Exchange an unwitting accomplice. Pump-and-dump scamsters make people think that the worthless stock is valuable by issuing false press releases detailing supposedly wonderful developments at the company. At YBM, press releases claimed millions of dollars in revenue from new business through contracts to build industrial magnets.

Most investors don't realize how easy it is to issue a press release. It involves nothing more than drafting the text and paying to have it issued on a commercial newswire.

When a broker calls you up with a breathless pitch for a hot stock, listen closely, and if the broker mentions press releases, increasing volume, and a steadily rising stock price, insist on doing more investigation.

Excerpted with permission from publisher AMACOM, a division of American Management Association. The book is also available through its Canadian publisher Raincoast Books. 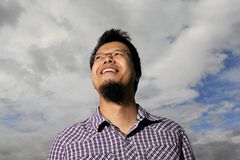 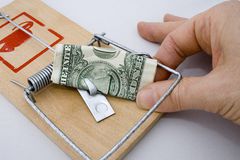