If you think any one federal budget is going to change your life, you're either in the minority (no pun intended) or you've departed from reality.

As part of his new campaign in the runup to the federal election in May, Prime Minister Stephen Harper has announced an income-splitting proposal to reduce taxes for families with children.

The proposal would allow the spouse in the higher tax bracket to shift income to their partner with a lower level of earnings so that the overall rate of taxation is reduced.

If enacted, 1.8 million families would pay roughly $1,300 less in tax per year. It sounds like a big deal. It actually is a big deal, since the projected overall value of this proposal is estimated to be roughly $2.5-billion. The question you need to ask yourself is: Is it really a savings, if the $1,300 likely gets spent on something other than income tax? It may help stimulate the economy, but if many families simply spend the tax cut, their financial lives won't change that much - other than perhaps having more stuff lying around.

There was a lot of hoopla over last week's budget - there always is - but it's meaningless to most Canadians concerned about getting out of their financial ruts.

It's human nature to be critical. I'd love to see a less complicated tax system with a more efficient government. But let's be serious. It's not going to happen any time soon. So it makes more sense to do something about our finances ourselves (rather than stew about any budget's shortcomings).

For instance, the Task Force on Financial Literacy notes that approximately 160,000 senior citizens who qualify for Old Age Security benefits do not receive them. This is estimated to be almost $1-billion on a pre-tax basis, a staggering number. The report suggests that these people might be unaware of the benefit program, or that the application process is too complicated. This is unacceptable.

What about some simpler ways to put more money in your pocket? The Coupon Industry Association of Canada notes that in 2006, Canadians took advantage of 100 million coupons out of a possible 3.6 billion. While we saved $134-million, we could've saved about $7-billion.

Now when it comes to coupons, the analysis isn't so cut and dry. If someone gave me a coupon to save $10 on a manicure, I'm not going to use that coupon because I don't get manicures. I'm better off forgoing the $10 savings on a $20 manicure because in order to capture the $10 savings, I would actually be $10 poorer. Coupons only truly save you money if you were going to buy the product or service anyway.

There is also the idea of false savings. For example, one of the proposals in last week's proposed budget included a tax credit for enrolling your kids in an arts-based activity. The figure bandied about was a $75 savings. Again, it's not a savings at all if you weren't planning on enrolling a child in an eligible program in the first place, with or without the tax credit in place.

The tax credit is a non-refundable 15-per-cent credit on up to $500 of eligible fees. So if you were to enroll your child in an eligible program that cost $500 specifically to take advantage of the credit, you are going to find out that your wallet is $425 lighter, instead of $75 heavier.

Every now and then, a measure will be passed that can greatly impact someone's financial life. But often, budget measures are of little consequence to your financial success. If taxes are lowered, how many people put the savings away? Most people just spend more. If taxes increase, most people complain and then spend less.

So don't expect the annual budget measures to be the key to your future financial prosperity. The key always has been, and always will be, in your hands.

Preet Banerjee is a senior vice-president with Pro-Financial Asset Management. His website is wheredoesallmymoneygo.com. 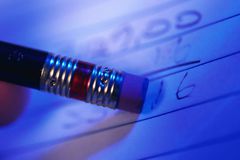 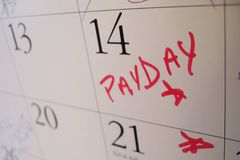 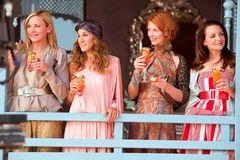 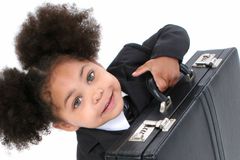 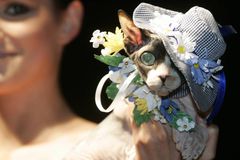