I don't know if you've noticed, but your values usually dictate what you do and how you do it. Consider women, for example. Most women like to smell nice. They value this. It usually drives them to purchase expensive perfume, or even to wear clean clothes. Most men, on the other hand, don't value "smelling nice" as much. Most men think: "Does this article of clothing smell too bad to wear one more time? Yes? Okay, I'll iron it." So, the man puts the shirt on just one more time. His values are often different, and drive different behaviour.

Strangely enough, people often set aside what's important to them - what they value - when it comes to tax planning. They defer to their tax advisers who tell them what they should be doing - how they should be acting from a tax perspective. If the adviser doesn't truly understand, at a deep level, what's most important to the client, then who's values are being adopted in the planning? You see, tax planning must start with what you value, not merely with the value of what you own.

Consider Warren's story. Warren first came to our office with concerns about his investments. We took the time to really understand what's most important to him. In the process we redesigned his portfolio, and recognized opportunities to save him many thousands of dollars in income tax and protect his assets from creditors, among other things.

Warren shared with us the pain he experienced when he took over the management of his father's assets years ago. His father had undertaken some planning that saw the creation of two trusts, holding companies, and a partnership. Warren shuddered as he explained the structure and the concern it was for him. Warren values simplicity. While we knew that he could save tax through some complex structuring of his own, we knew this wouldn't work for him. As a result of his experiences, Warren just wanted to simplify his life, more than he wanted tax savings. And so, we came up with a different set of strategies that kept his life simple. He may be paying more tax because of keeping things simple, but he understands this, and sleeps better at night for it.

Denise is a woman for whom family heritage and stories of her family's history are the most important legacy she can pass to her children and grandchildren. Denise was born and raised in the southern U.S., and moved to Canada many years ago when she met her husband, a Canadian. She has a sizable estate, worth many millions, and could face a substantial U.S. estate tax liability one day - after all, the U.S. reserves the right to levy an estate tax on its citizens regardless of where in the world they live. Now, for the year 2010 the estate tax is not an issue (there is no estate tax for those who pass away in 2010), but we fully expect that Denise will live well into the new year, and beyond.

Denise received a recommendation that she should eliminate her U.S. estate tax problem by giving up her U.S. citizenship. This advice was provided several years ago when giving up U.S. citizenship was easier and more effective than it is today as a means to avoid U.S. estate tax. As we learned more about Denise, it's no wonder she has felt frustrated by the advice she has received in the past. For Denise, giving up U.S. citizenship was tantamount to throwing away all that is important to her. She is proud to be an American. Proud of her heritage, and giving up citizenship to save even millions of tax dollars would be telling her grandchildren the wrong story.

Barbara loves to help others. She gains more joy from seeing others benefit from her generosity than she gains from the tax relief her donations provide. When her advisers told her she would save much more tax by purchasing a life insurance policy and naming her favourite charity as the beneficiary of that policy, the idea didn't sit well with her. She couldn't put her finger on why.

As we got to know her better, we identified that she'd be much happier giving an amount to that charity today so that she could see the impact while she's alive. No, she won't save as much tax, but she has gained much more joy from her giving.

There are many more stories like these. What do you value, and what does it mean for your planning? 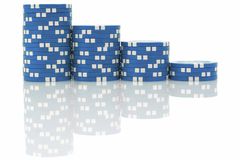 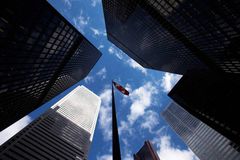