Someone once told me that, years ago, it was a perfectly acceptable thing to do business at your front door. That must have been a really long time ago, because when I hear a knock on the door these days, I fantasize about answering it wearing Braveheart face paint while wielding a pitchfork or a trident.

Times have certainly changed. Perhaps owing to the previous success of door-to-door sales, it continues in earnest today. And with many door-knockers working on straight commissions, you just know there will be some unscrupulous sales tactics.

Those salespeople who do not have your best interests at heart are sometimes the smoothest operators around, which means they've effectively ruined it for the few legitimate guys.

This leads me to one of my cardinal rules, and I want to be very clear here: Never sign a contract with someone you've never met who shows up unannounced at your door. Let me repeat: Never.

I had a guy show up to our house, insinuating he was associated with my water company and offering a free inspection of our water heater. We let him in (which in hindsight we probably should not have done without confirming first by telephone with the water company that he did indeed work for them). Of course he found lots of potential problems with our existing tank. He made it sound as if it were on the verge of exploding. We wouldn't want the shrapnel piercing the walls and hitting the neighbour's small child? We're rather fond of the neighbours, so we listened.

Well, the universe works in funny ways, because he just happened to have a program available that would replace our tank with a brand new one, with no cost for the installation and no large costs upfront. We just had to pay a monthly rental fee, and if anything every happened to it, they would replace it or fix it for no additional cost.

It sounded like a fair proposition, assuming that the rental cost, which would include an insurance premium and perhaps a small margin for profit, was not much more expensive than going out and simply replacing the tank with a new unit.

That assumption could not have been further from the truth.

When the "inspector," who was now revealed to be a salesperson, asked if we were interested, I said "no." He asked why, and I replied, "I can do math."

The contract ( see sidebar for details) would have locked us in for 15 years with a total cost of $5,545.58. To purchase and install a new tank would have cost about $900. In theory, we could buy and install a new water-heating tank every three years and still come out ahead. It was a total rip-off. And lots of people have lots of similar stories.

If the salesperson tries to persuade you by informing you of a 10-day cooling-off period in which you can change your mind after signing a contract, that provision is of little help if your heating tank has already been replaced. Forget 10 days to cool off, and take as many days as you want to warm up to big financial commitments instead.

If you're still in doubt, ask them to leave some literature behind so you can do some digging on any potential product or service on your own time. If it's truly a great deal today, it'll be great tomorrow too.

If they have the audacity to tell you they have no leave-behind brochures, but they do have legally crafted 15-page contracts handy, I'd be inclined to chase them down the street with a trident.

So as long as we didn't have to replace the tank more than once every 2.43 years, we were better off buying our own tank instead of renting from these guys.

Preet Banerjee is a senior vice-president with Pro-Financial Asset Management. His website is wheredoesallmymoneygo.com. 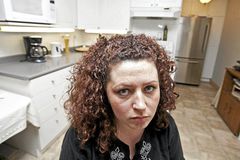 Does that cheque from the energy company seem too good to be true?
November 2, 2010
Be a savvy bargain hunter: Try credit card shopping
May 23, 2011 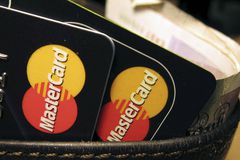