A few weeks ago, Kate Comeau, a registered dietitian in Toronto, whipped together a rib-sticking Portuguese stew for dinner. In went the potatoes and Swiss chard. Then she added a little sausage.

"I really cut back on the amount not only for the cost, but also for the health benefits," she says.

While slashing processed meat from her nightly meal might seem like a small change, Ms. Comeau's technique for saving money while focusing on her health seems more salient than ever in light of recently ballooning food prices. The average Canadian household is expected to pay $345 more for food this year, according to a University of Guelph report. The rising cost is related, in part, to the low Canadian dollar and U.S. droughts.

If Ms. Comeau is on to something in the kitchen, Eleni Kapetanios, a personal trainer in Guelph, Ont., says it's also possible to get fit for less (way less, as in practically free) with a little ingenuity. She points to one of her clients who uses pantyhose as resistance bands while working out at home.

"There are lots of things you can do on the cheap and make those little changes that are good for your health," she says.

Try these small modifications that will not only give your fitness a boost and help you eat nutritiously, but also can actually save you money in the process.

Where's the beef? If you want to reduce your grocery bill and slash your risk of heart disease and cancer, it shouldn't be in your cart.

A recent price check in Ontario revealed a pound of extra firm tofu cost anywhere from 99 cents to $2.49, depending on the brand and store. A striploin grilling steak? It sets shoppers back $13.99 a pound at one location. On sale. No wonder more than 37 per cent of respondents of the University of Guelph report's survey said they had cut back or stopped consuming meat altogether. Price was the main factor.

On the pulse side, filling and frugal!

Time to give lentils, chickpeas, kidney beans and their ilk a little love. After all, the Food and Agriculture Organization of the United Nations has declared 2016 the International Year of Pulses. (But you knew that, right?)

Not only has eating pulses, as these edible seeds are collectively known, been linked to increased cardiovascular health, but they contain protein, fibre, vitamins and minerals including iron, zinc, folate and magnesium. Other studies claim pulses may have significant anticancer effects, too.

Boil up some rice to serve with dal, an Indian lentil stew that requires no more than a little onion, garlic, ginger and curry, and you can feed a family of four for less than $5.

Wave hello to the back of your fridge

When it comes to wasting money on produce, there's a good chance you're your own worst enemy. The average Canadian household wastes an average of $1,500 worth of food a year, the equivalent of leaving a bag behind at the grocery store each time we shop.

Ms. Comeau recommends taking a look at what's in your fridge to see what you already have before making your grocery run. A half a head of lettuce that's still good? Go through that first before purchasing another.

Just remember: Although cut-rate grocery store produce is often cheaper than the items at higher-end stores, it can be closer to the end of its shelf life. Not a big deal if you're talking a bag of carrots, but it could spell the premature end for more delicate fruits and herbs.

"The price is less, so that's a good thing, but you could end up with more food waste," she explains.

The gym: where willpower goes to die

Is your Saturday morning step class really worth $720 a year to you? That's what your $60 monthly gym membership is actually costing.

Unless your employer offers a free gym membership as part of your employee benefits package – and you don't mind showering in the locker room beside your boss – find another way to get exercise.

Personal trainer Ms. Kapetanios is a big fan of free, or nearly free, ways to get fit that are also probably more convenient. Walking requires nothing but a pair of shoes. (And don't worry about buying special walking shoes; anything comfortable will do.) Do squats or lunges while watching your favourite show on Netflix. Run up stairs or do jumping jacks. Fill up water bottles or grab some heavy books and use them as weights. Or check out many of the free online workout videos and apps out there now, from fitnessblender.com to the Couch to 5K running app.

When her son was a toddler, Ms. Kapetanios used to plunk him down in the park and chase him.

"I'd just let him go. Then we'd roll in the grass and do sit-ups or whatever," she explains. "The point is to keep moving."

If you're patting yourself on the back because you work out for a whole hour every day, here's a question: How many of the other 23 do you sit or lie down? There's been plenty of research in the past few years that indicates that humans are much healthier if they move throughout the day. Inactivity causes harm and may even shave years off lives.

So here's a small change almost anyone can accomplish: Just stand up. Talking to a client on the phone? There's probably no reason to be sitting while taking the call. The same goes for sending e-mail, talking to co-workers or even watching cute goat YouTube videos at home. (This entire article was written while standing up. Just saying.)

Other ways to become healthy, wealthy and wise

– Stop buying bottled water. That stuff in your tap costs next to nothing.

– Enlist the help of a workout buddy. Much cheaper than a personal trainer.

– Garden. You're moving, stretching, lifting – and growing your own food.

– Buy frozen. Produce is frozen at its prime rather than sitting on a truck for days or weeks. "Previously frozen fish" at the counter is marked up 40 per cent at some stores. Defrost it at home and save.

– Drink less booze. A glass a day is good for your health, right? Maybe, but a bottle equals only about four glasses, or two bottles a week. Even if you're drinking $10 plonk, that's a $1,040-a-year habit.

– Try a free meditation app such as Stop, Breathe & Think or Calm and let go of stress.

– Sleep more. Getting more shut-eye won't cost you a dime. 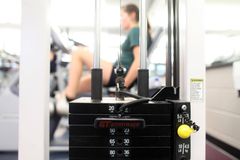 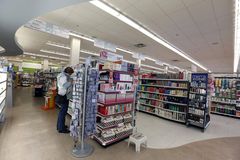