The United States is vowing relief soon for thousands of law-abiding Canadians caught up in a global hunt for tax cheats who stash money offshore.

The Obama administration's controversial crackdown has sparked concern among millions of Americans living outside the U.S.

Now, eager to reassure worried Canadians, U.S. ambassador to Canada David Jacobson says his government isn't out to get honest "grandmas" who don't owe anything to the Internal Revenue Service.

"My message on this is to sit tight," Mr. Jacobson said in a speech to the Canadian Club of Ottawa on Tuesday. "We are not unreasonable. We are not unsympathetic. We are not irresponsible."

The remarks are the first acknowledgment from the U.S. government that the tax crackdown is a problem that has caused unintended consequences in Canada, and needs fixing.

The U.S. ambassador, along with many federal MPs, have been flooded with calls and e-mails from Canadians worried they'll face punishing penalties or be denied entry to the United States when they travel.

The angst has created a booming business for accountants and lawyers, who are charging hefty fees to help Canadians sort through the legal and accounting complexities.

Mr. Jacobson would not say whether the Obama administration is looking at a broad amnesty from penalties for Americans who come clean and start filing with U.S. authorities, as required by law.

He pointed out that U.S. tax statutes "appear to have a little flexibility in them."

But he made it clear the U.S. government has a massive budget problem and it's not about to let Americans who owe money off the hook.

"I am hopeful that we're going to be able to come up with something," Mr. Jacobson told reporters after the speech. "The trick is that we come up with something that deals with the legitimate concerns of law-abiding Canadian citizens and on the other hand doesn't release people – American citizens – who go to tax havens in an effort to try to avoid taxes. We have got to collect all the taxes due and owing us because we've got quite a revenue shortfall and this is one of the ways to make sure we get it."

Finance Minister Jim Flaherty took partial credit for getting the U.S. to move on the tax problem. "We called on the U.S. government to look upon these individuals with leniency, and we are encouraged they appear to be moving in that direction," Mr. Flaherty said in a statement.

The United States, unlike virtually all other countries, has long required that its citizens to report their global income, regardless of where they live and work. More recently, the IRS has demanded that Americans also annually disclose the content of all their foreign bank, brokerage and pension accounts – a measure put in place to prevent both tax evasion and money laundering.

Failure to comply can lead to significant fines and penalties, leaving many Canadians worried that a large chunk of their life's savings could be seized or taxed.

The IRS is also enlisting Canadian and other foreign financial institutions in its crackdown, requiring them to start identifying all their U.S. account holders starting in 2014 – a law that has prompted protests from Mr. Flaherty about privacy and extraterritoriality.

Tax experts say the best way to resolve the problem would be to offer an amnesty for Americans in high-tax countries such as Canada without the stiff penalties that have accompanied previous reprieves.

Accountant Kevyn Nightingale, a U.S. tax specialist with MNP LLP in Toronto, said the Obama administration could easily create a "white list" of tax-compliant countries and offer a blanket amnesty to Americans who don't owe anything to the IRS. "The IRS has the discretion to abate penalties for reasonable cause," he said.

A broad amnesty makes sense because the IRS has no interest in going after people who don't owe taxes, and the agency doesn't want to waste its resources pursuing them, Mr. Nightingale added.

In his speech, Mr. Jacobson also dismissed suggestion the U.S. is considering a tariff on freight, stemming from a dispute between U.S. and Canadian West Coast ports. He pointed out that the U.S. Federal Maritime Commission, which is probing complaints about Canada stealing shipping traffic, has "no authority" to impose duties. 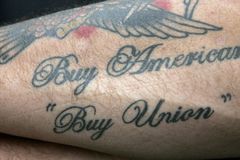 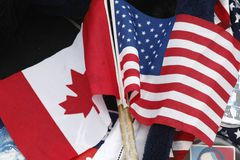 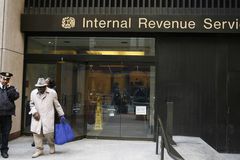 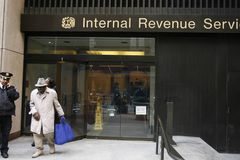 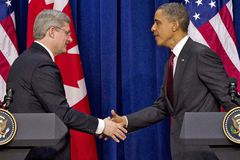