When he got into the commercial crime unit, Gordon Leek found a common refrain among the victims he encountered.

"They'd say, `I didn't know what was going on,' or `I didn't understand,'" said the retired officer, who served for 26 years with the Calgary Police Service.

Mr. Leek knew when he retired that he wanted to find a way to explain how various schemes work in order to help others steer clear of meeting a similar fate.

In the first chapter of his book, Trust Me: Frauds, Schemes, and Scams, and How to Avoid Them (Dundurn Press), Mr. Leek offers insight into the construction of a fraud. Each subsequent chapter zeroes in on and provides a breakdown of a particular type or category of fraud, including telemarketing, loan schemes and advance-fee frauds, as well as investment schemes and identity theft.

As Mr. Leek pointed out in a recent interview, his book is "unfortunately not a work of fiction."

Trust Me includes anecdotes of real-life cases, the majority of which are based on investigations he conducted. Names and locations were changed.

"We would probably clear about 30 a month but probably get about 30 a month," recalled Mr. Leek, who had an active caseload of about 130 files each month, including cheque, credit card and mortgage frauds. "It was almost treading water keeping up."

Frauds are also spreading to the virtual world. The recently released Norton Cybercrime Report found 64 per cent of Canadians polled had fallen victim to some kind of online crime.

Mr. Leek said a common thread he sees among victims is, for the most part, they're trusting, and as a result, may not be making the inquiries they should be.

"The bottom line for protecting yourself is don't be afraid to ask questions," Mr. Leek said. "When you get a phone call to say... `I want to offer you a credit card,' ask people where they are. Where are they calling from? What's this all about? If they're legitimate, they'd be quite happy to answer any questions. It might be enough to scare this person off," he said. "If this person's going to keep asking questions then we'll go on to another, an easier target."

Mr. Leek said there are no black-and-white answers when it comes to giving people guidance that doing one thing or another will reduce their risk of being scammed. Ultimately, it boils down to individuals listening to their intuition, or even seeking out others for their advice.

It's also a misconception for people to believe fraud victims are uneducated or not too bright.

Mr. Leek writes of a case involving Juliet, a middle-aged, professional single woman who owned her own condo and had money tucked away for retirement, who met a man, Chase, through a personal ad.

As the relationship progressed and they moved toward marriage, Juliet wrote a $20,000 deposit cheque for their new condo, which she lost when Chase said the developer declared bankruptcy. She also shelled out $30,000 when he spoke of an opportunity to purchase shares through the airline company he said he worked for. On both occasions, Chase said his money was tied up in his moving business.

After making the second investment, the relationship began to cool and Chase seemed to constantly be away in other provinces. Juliet later found out he was married and had an extensive record of fraud and had served jail time. He's also carried out the same charade used on Juliet with other intelligent, middle-aged women.

One of the things Mr. Leek noticed when talking to victims in that case was a lot of avoidance when it came to meeting friends.

"With fraudsters, it's easier for them to work in the shadows," he said, noting that "lies will unravel fairly quickly if they're confronted."

"When you're dealing with relationship issues, if that person is trying to avoid getting to know your friends, getting to know what your life is and trying to insulate you from that outside world, to me, that would be an indicator of maybe he or she shouldn't be that trustworthy," he added.

Mr. Leek also encourages people to read the fine print. A lot of people who make pharming sites, which perpetrate online fraud, make mistakes that include spelling errors, and do cutting and pasting of items from other sites to look legitimate.

Even something as seemingly innocuous as a hotel room key card could potentially open someone up to risk of potential fraud.

Mr. Leek said many people aren't aware of information that's coded on the cards, including your name and vehicle information if you've parked in the hotel lot.

"There is information that a potential fraudster would be able to use, so if you return it, then insist that they overwrite it at that time," he said.

While people should be on their guard, Mr. Leek also stressed that doesn't necessitate having to "go overboard and be totally paranoid with things."

"It's the little things that are really not that hard," he said, such as safeguarding your PIN when you're entering the code, taking your credit card slips with you or keeping a close eye when debit or credit cards are used for transactions. Also, pay close attention to credit card statements and ensure all the charges on them are legitimate, he said. 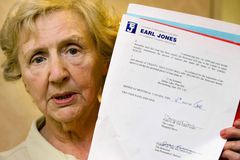 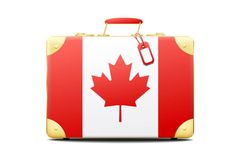