Twenty years ago, Christos and Melina packed up their two children and left Europe for the freedom and opportunity of Canada. They've worked hard over the years, he as a tradesman earning $56,000 a year and she as a designer earning $22,700.

Now, at 65 and in failing health, they are both retiring in December. They can't work at their jobs any longer, which will mean a big drop in family income.

Christos has a small work pension that will pay about $250 a month. Their savings add up to $141,000 – most of it in registered retirement savings plans – and they rent an apartment in suburban Toronto. Their daughter and son-in-law are helping them with their finances and investments.

Christos and Melina have one main question: Should they cash in their RRSPs up front, or withdraw their savings gradually, which would reduce their guaranteed income supplement (GIS) each year?

We asked Warren MacKenzie, president and chief executive officer of Weigh House Investor Services in Toronto, to look at Melina and Christos's situation. Weigh House is an independent financial planning firm that does not sell financial products.

For Christos and Melina, focusing on whether to cash in their RRSPs to minimize the GIS clawback is like rearranging deck chairs on the Titanic, Mr. MacKenzie says. First they must slash their spending.

Their retirement income will fall short of their goal of $3,000 a month after tax – in itself a big drop from their current monthly spending of $4,110.

Christos and Melina figure they can pare their spending back to $3,000 a month if and when his diabetes drug, which is fairly new, is covered by the provincial health plan, and by getting rid of one car, reducing the frequency of their massage sessions and trimming their grocery budget.

"They need to cut back to about $2,500 a month or they will run out of money before age 90," the planner calculates. If they spend $3,000 a month, they will run out of money in their late 70s. If they don't slash spending, "within a few years of retirement, they're going to see their small nest egg shrinking and they are going to be spending a lot of their time worrying about what will happen next."

The situation is not desperate. Melina and Christos will have enough income to get by to age 90 – for food, shelter, necessary medicines and basic transportation, Mr. MacKenzie says, "but they are going to have little or no money for luxuries of any kind."

In 2012, their first year of retirement, the couple's monthly income breaks down as follows: Christos will get $314 from the Canada Pension Plan, $270 from Old Age Security and $250 (indexed) from his work pension plan. Melina will get $274 from the Canada Pension Plan and $270 from Old Age Security. They will receive about $100 a month in GIS payments, for a total monthly income of $1,478. They will need to withdraw some of their non-RRSP capital to make ends meet. (They could withdraw from their RRSP but this would create income and wipe out any GIS payments they would otherwise be entitled to because money withdrawn from RRSPs is taxed as income.) The order in which they should use up their resources is: first their cash, then their tax-free savings accounts and, finally, their RRSPs.

In his forecasts, the planner assumes a 5.5-per-cent average annual rate of return on investments and an inflation rate of 2.5 per cent.

Mr. MacKenzie notes that his financial planning assumptions "will not be absolutely correct" – investment returns may be higher and inflation lower – but they do serve as a guideline. "The unfortunate reality is that plans usually work out worse than expected."

Melina and Christos, both 65.

How to get as much money after tax as possible to live on when they retire in December.

Hang on to their RRSPs, apply for the guaranteed income supplement, cut spending and better balance their investments to reduce potential risk.

A reasonably comfortable retirement without the worry that comes from spending too much or taking too much investment risk. 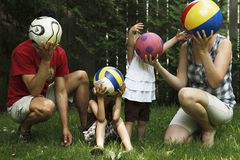 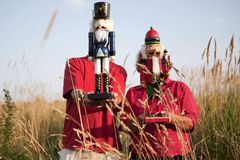