It would really help the cause of financial literacy if the investment industry stopped treating investors like children.

A good example of this paternalistic behaviour can be found in the trailing commissions that people pay, often without realizing it, when they own mutual funds purchased through an adviser. Fortunately, a proposal from regulators would require more disclosure on these commissions. This in turn would empower investors to decide whether they're getting their money's worth from advisers.

The Ontario Securities Commission's proposal for greater disclosure of a variety of investing fees won't be finalized until early next year, and implementation could take one to three years. Let's get a jump on the coming new era of disclosure by digging into trailing commissions. After all, they're embedded in roughly $800-billion worth of mutual fund investments.

Trailers are how advisers are paid for the service they provide clients after the sale of investment products. We'll assume here that there is, in fact, ongoing service and that the client-adviser relationship isn't simply based on the sale of products.

The correct interpretation of this information is not that trailers are bad. Rather, it's that if investors are going to invest in funds through advisers and pay trailers, there's an onus on them to ensure they're getting value. An Ottawa-based adviser we'll call Joe said the trailers he receives pay for investment advice based on the six steps of financial planning, which are goal setting, fact-finding, analysis, recommendations, implementation and monitoring. Clients who want one get a full financial plan included in the services paid for through trailers. "I spend my days working with clients providing investment advice, and I've got decades of experience," said Joe, who is a certified financial planner (CFP).

Trailers are disclosed in prospectuses and Fund Facts summary sheets as a percentage of an investor's holdings in a particular fund. If a fund is sold with an upfront commission (ranges from zero to 5 per cent of the amount invested), the trailer will be as much as 1 per cent annually in most cases. If the investor buys a deferred sales charge fund, where you pay nothing to buy and a redemption fee if you sell in the first several years after buying, then the trailer is as much as 0.5 per cent. Trailers are higher for equity funds than they are for bond funds.

The OSC wants investment firms to turn percentage disclosure of trailers into a personalized dollar amount that would appear on account statements. It's a great idea that would really help investors to place the cost of advice in direct comparison to investment results and advice received. Joe is fine with that – "transparency is a good thing," he said. But the fund industry doesn't like the idea of dollar disclosure of trailers. "We feel it's an unnecessary and unwarranted requirement," said Jon Cockerline, director of policy and research at the Investment Funds Institute of Canada. "It probably isn't that relevant to investors, and yet it's going to cost the industry a fairly large amount of money. Investors will incur the costs in the end."

Several investment firms have also spoken out against the new disclosure proposal for trailing commissions. They say that showing investors what percentage trailers they're paying is sufficient, and that a higher level of disclosure would apply to mutual funds more than other investments.

The OSC looked at these comments and reissued its disclosure proposals in mid-June with the requirement to show the dollar amount of trailers intact. The proposals also include a requirement for the entire financial industry that investors be shown the dollar amount of fees paid for products and advice, and that they be shown how their investments have performed in both dollar and percentage amounts.

Having this information in hand would provide a huge lift to financial literacy by causing investors to think more critically about what they own, what they pay, what services they receive and how much they get in returns. Trailing commissions are a particularly important aspect of all this because they're associated with mutual funds, a mass market investing product.

Let's look in a little more detail at how trailers actually work. They're paid to advisers monthly or quarterly, depending on the fund company, and they're tied to the value of client accounts. This may be of dubious comfort to investors losing money, but their advisers are taking a hit as well through lower trailers.

Investors should also be aware that advisers must share trailers with their firm. Joe said he's on a commission grid that pays him 50 to 80 cents of every $1 in trailing commission – the more investment products he sells, the higher his share of the trailer.

The OSC notes that regulators in some countries are moving to ban compensation models that involve trailing commissions, but it believes that investors benefit from having a variety of ways to pay for advice. An ideal way to buy advice is through a flat or hourly fee because it removes conflicts that arise when advisers are paid for selling products. (If you're interested in fee-only advice, check out this Portfolio Strategy column: tgam.ca/Decd).

Another alternative to paying trailing commissions is the fee-based account, where you pay 1 to 1.5 per cent of your assets through fees that are billed directly to your account each quarter. The cost of owning investments must be added to your account fee.

For clients with more than $100,000 in their accounts, Joe is willing to discuss a fee-based arrangement that would pay him less than if he were receiving trailers on the sale of mutual funds. "This puts more money back in the client's pockets as returns," he said.

If investors intensify the pressure on fund companies and advisers to lower fees, then fund companies will have to look at reducing trailers. There's a counter-trend at work in the fund industry, though. While 1 per cent is a standard maximum trailer, some companies are offering 1.25 per cent. It's an obvious bribe to advisers, and an added cost for investors. If an adviser recommends funds with trailers of 1.25 per cent, challenge her to demonstrate the value to you, the client. 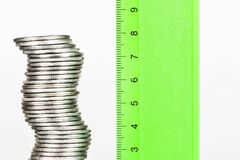 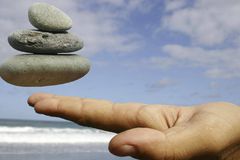 Seniors beware: The age of no-cost banking might be ending
June 18, 2012 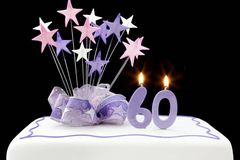