Talk about a scorcher. The temperature across Ontario earlier this week reached unbearable highs. People were so desperate for air conditioning that a few were even seen entering the Parliament Buildings in Ottawa to listen to a debate on the issue of construction contract payments.

I, on the other hand, was freezing this week. First, I found myself in a hockey rink, in shorts and a T-shirt – not good planning – watching my son play in a junior hockey summer league. But I was involved in freezing of another kind as well. I spent time with a couple talking about an estate freeze – which can be very good planning – that will accomplish much. Here's their story.

Jim and Samantha are a couple in their 60s. Thanks to past business success, they have enough money to look after themselves for the rest of their lives. As they get older, I expect their total net worth to continue to grow since they won't spend the full amount of what they earn each year. So, all is well – right? All is well in that they have financial security. But they have a problem: As their assets continue to grow in value, the tax bill that will be owing when they're gone continues to grow as well. Further, the amount of tax they're paying each year is significant. So, we talked about an estate freeze.

An estate freeze is the process of taking certain assets that you own today and freezing them at today's value. The future growth in value will accrue to someone else you identify – usually the kids, or a family trust for them.

In the case of Jim and Samantha, they've decided to freeze the value of a portion of their assets – about $5-million in total ($3.5-million worth of equity investments, plus $1.5-million of shares in a private company – an active business – that they jointly own and paid next to nothing for several years ago). They plan to accomplish this by transferring these assets to a new holding company.

This transfer will take place under Section 85 of our tax law that will allow them to transfer these assets in exchange for preferred shares of the holding company that will be frozen in value. The transfer can take place on a tax-deferred basis so that there will be no tax to pay at the time of the transfer. Common shares in the holding company – to which all the future growth in value will accrue – will be issued to a family trust with the two of them, their kids and grandkids, as beneficiaries.

While they are at it, they have elected to trigger the capital gain on the private company shares when making the transfer to the holding company. Why? Because they will shelter that capital gain using their lifetime capital gains exemption (LCGE; they are each entitled to an exemption of $824,176 in 2016). The result? No tax on the transfer of the private company shares thanks to the LCGE, but the adjusted cost base of those shares will be bumped up to $1.5-million – the current value – because they were able to shelter the full gain from tax. This will save taxes later when they either sell those shares, transfer them, or pass away.

Jim and Samantha will accomplish the following by a freeze: 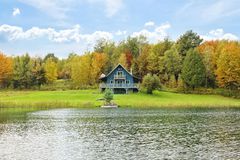 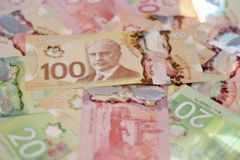 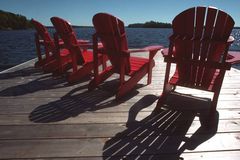