I'm not sure if the story is true or not – but it makes for an interesting discussion. I'm talking about the gentleman who wanted to borrow $200.

"What collateral can you provide for the loan?" the banker asked.

"I own a Rolls-Royce and I'll leave the car with you until I repay the loan. Here are the keys."

The bank extended the loan of $200 and the man returned six months later, paid back the $200 plus $10 in interest.

"Sir, why would a wealthy gentleman like you borrow $200 from the bank?" the banker asked.

The gentleman looked at the banker and replied: "Where else can I store my car for six months for $10 while I'm travelling?"

The real question, of course, is this: Can the gentleman deduct the $10 interest charge he paid to the bank?

When it comes to saving tax dollars, the ability to deduct interest can make a significant difference if you're paying more than just a little – which is the case with many Canadians. Today, I want to share some do's and don'ts when it comes to deducting interest.

Paragraph 20(1)(c) of our tax law is the key provision that will allow a deduction for interest costs in certain situations. Specifically, the taxman will look at the purpose of your borrowing. To be deductible, the interest must relate to loans that were taken out for the purpose of earning income from a business or property. It's important that you have a reasonable expectation of earning income at the time the loan proceeds are invested.

Now, it might be the case that you've used the borrowed money to invest and your primary objective is capital growth, not earning income. This is okay with the taxman as long as a secondary objective is to earn income.

It's not necessary that the income you earn be more than the interest costs you're paying in order to deduct those interest costs (I should mention that in Quebec, you won't be able to deduct interest in excess of your investment income in a given year; excess interest can be carried back up to three years or forward indefinitely to be deducted in the future when income – including taxable capital gains – is earned. This is strictly a provincial rule and doesn't apply to your federal tax filings or outside of Quebec).

There are a few other points worth noting here. First, interest is generally not deductible when you're earning exempt income with the loan proceeds. So, if you borrow to contribute to your registered retirement savings plan, or tax-free savings account, for example, you won't be able to deduct the interest. Similarly, borrowing to acquire a life insurance policy typically results in no deduction for the interest (although there are exceptions in the case of life insurance).

And it's the current use of the borrowed funds that really matters. So, if you borrow to invest and then sell those investments, you can continue to deduct the interest if you reinvest the proceeds from the sale of the investments. Similarly, if you make a bad investment and it declines in value, you may be able to continue deducting your interest costs (for example, if you borrow to make a $10,000 investment, watch it decline to $7,000, then sell the investment and use the $7,000 to pay down the debt, the remaining debt will give rise to deductible interest).

Finally, be sure to keep your deductible borrowings separate from your non-deductible. Suppose, for example, that you owe $100,000 on a line of credit, and $40,000 of this was used for a deductible purpose, while the other $60,000 was not. You'll able to deduct 40 per cent of your interest costs in this case. Now suppose you pay down that line of credit by $60,000, so that $40,000 remains owing. You'd likely want to argue that the $40,000 still outstanding represents the money borrowed for deductible purposes, so that you can deduct the full interest on the remaining $40,000. Sorry, but the taxman won't allow this.

You can avoid this problem by having separate borrowings for deductible and non-deductible purposes. 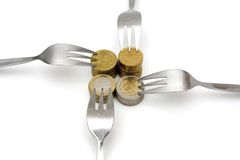 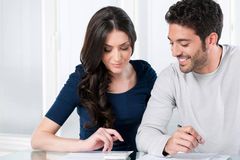