Last weekend, I was in vacation country chatting with our neighbour Matt and his sister, who were trying to clean out the cottage they had inherited. Their mother, Muriel, passed away almost a year ago and they plan to sell the place.

Over the years, Muriel had accumulated more stuff than they knew. They would visit Muriel at her city home and were impressed at how she kept the place clear of clutter. It turns out that the reason her home was so neat was that she moved all that stuff to the cottage. "Tim, I have no idea why she kept four boxes of eight-track tapes, seven pairs of handcuffs, 12 Swingline staplers, eight traffic pylons, and a 1986 "Weird Al" Yankovic Polka Party! cassette tape," Matt said.

When we spoke about the sale of the cottage, I gave some advice that applies to any situation where a loved one has passed away and real estate is going to be sold.

When any Canadian taxpayer passes away, he or she is generally deemed to have sold their capital assets at fair market value. A key exception to this rule is when you leave those assets to a surviving spouse. In that case, the deemed disposition still takes place – but at your original cost – so there is generally no tax to pay upon the first spouse's death.

In Muriel's case, she inherited the property from her husband and so there was no tax to pay by him at that time. Muriel's adjusted cost base (ACB) for tax purposes was the original $25,000 amount plus $75,000 in capital improvements that had been made to the place over time, for a total ACB of $100,000.

When Muriel passed away, she left the property to her kids. A $500,000 capital gain ($600,000 fair market value less the $100,000 ACB) was triggered. This meant a tax bill on Muriel's final tax return of, in her case, $116,025 (she's in the highest tax bracket in Ontario; and, Muriel used her principal residence exemption on her city home, so the cottage could not also be sheltered with that exemption).

Now, the cottage is worth less today than it was when Muriel died. Matt and his sister will likely sell the place for its current value of about $530,000. This will create a capital loss since the ACB of the cottage to the estate is $600,000 (the fair market value on Muriel's death).

When a loved one passes away and you're going to sell a property, your first line of defense against a big tax hit is to use the deceased's principal residence exemption to shelter the property from tax if you can. Even if the property hasn't changed in value since the death of your loved one, you may still have a capital loss on the sale of the property. For example, if the property was worth $600,000 at the time of death and was sold for that same amount, you'd assume there would be no gain or loss on the transaction. But if the selling costs are, say, $30,000, then there would actually be a $30,000 capital loss to report.

Finally, I told Matt and his sister that it's important that they not "ordinarily inhabit" the cottage after Muriel's death. You see, a capital loss on a residence, including a cottage, is not normally deductible since it is a "personal use property" (PUP). If they don't ordinarily inhabit the place then it won't be a PUP and the loss can be claimed. 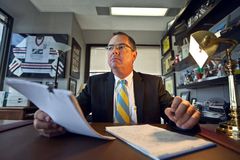 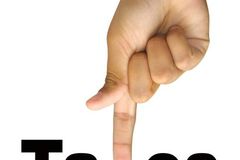 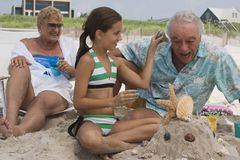