Some people will do anything for a large inheritance. Take Iowa lawyer Robert Allan Wright Jr., for example. Mr. Wright jumped at the chance to help a client collect an inheritance of $18-million (U.S.) in exchange for 10 per cent of the inherited amount. The problem? The inheritance was being offered up by a Nigerian Prince by way of a form letter sent to probably millions of people around the world. As it turns out, Mr. Wright borrowed money from several clients to pay the fees required to free-up the $18-million. The Nigerian letter was, of course, a scam. His clients never did get their money back. Mr. Wright was suspended from practising law, but honestly believed a truckload of cash was going to show up at his office some time soon.

There are easier ways than dealing with a Nigerian Prince to leave your heirs with a larger inheritance. Look no further than the recent federal budget, which increased the contribution limits to Tax-Free Savings Accounts (TFSAs), and an idea courtesy of Gerry Ramos, an adviser at Scotiabank. Let me explain.

If you expect to leave investment assets to your heirs upon your death, there may be steps you can take today to increase the amount of the inheritance they will one day receive. There are a few ways to accomplish this – some less palatable than others. You could, for example, live a more frugal lifestyle today so your kids inherit more later, but I suspect finding people willing to do this will be about as rare as finding teeth on patrons in the front row of a Willie Nelson concert (I had teeth, but I was the exception).

There's another way to increase the inheritance you leave behind. The concept involves making withdrawals from your registered retirement income fund (RRIF) to fund contributions to your TFSA today. With the contribution limit for TFSAs increased to $10,000 annually thanks to the recent federal budget, there may be a greater opportunity to benefit from this idea. It's not for everyone, but when it works, it works well.

Consider twin sisters, Samantha and Ruth, both widows. Both women turned 72 this year and have RRIFs that provide income annually. Both are expected to live to age 90. Both women can earn 5 per cent on their investment assets going forward and both have a marginal tax rate today of 30 per cent. Finally, both Samantha and Ruth expect to face tax at a marginal rate of 45 per cent in the year of death since they each have sufficient registered plan assets to be taxed on death that they will be in the top tax bracket in that year.

Samantha has decided to follow the advice of her financial adviser who has recommended that she withdraw extra funds each year from her RRIF and contribute those funds to her TFSA. At a marginal tax rate of 30 per cent, she'll have to withdraw $14,286 from her RRIF to be left with $10,000 after taxes to contribute to her TFSA. Samantha is expected to have $305,390 in her TFSA at the time of her death at age 90, based on contributions of $10,000 starting this year and earning a 5-per-cent return annually. The after-tax value to her estate will be $305,390 since there is no tax on TFSA withdrawals at that time.

When your marginal tax rate today is significantly lower than what you expect in the year of your death (a 15-per-cent difference in my example above), it can make sense to withdraw extra funds from your RRIF each year to contribute to your TFSA over time. This can make sense even if you have other assets outside your RRIF that you can use to make a TFSA contribution since you'll be minimizing the RRIF dollars subject to your high marginal tax rate in your year of death. 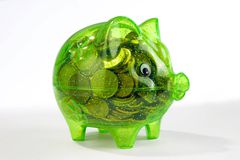 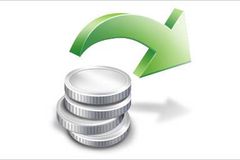