As a dad, I've noticed that kids today have defined a bunch of "Dad things." There are "Dad hats" (a baseball cap that has a curved peak and is adjustable in the back with a fabric strap and small metal clip), "Dad jokes" (such as: "Dad, I'm hungry"; "Hi Hungry, I'm Dad"), "Dad socks" (any socks with a message or picture on them and that can be worn with sandals), and "Dad bods" (any male body that is softly round).

Even though I am intensely proud and happy with my "Dad things," I can't help but think the kids are actually making fun of us dads. I texted my two oldest kids yesterday telling them it's time to set up a "Dad Plan." They were a little confused, until I explained that I'm talking about a registered retirement savings plan. You see, I've got two kids who are now old enough to set up RRSPs – and would be wise to do it. They won't be making fun of their "Dad Plans" later, they'll be thanking me for all the extra money they've accumulated. Share this article with the millennials in your life.

So, you're still young. Why in the world would you start saving money for retirement when you've barely started your working career? Or, maybe you're still in school. Okay, I'm not good at grovelling, but I'm begging you to start saving now. The reason? Time is your best friend. Let me share the story of twin brothers John and Jim.

Did you catch that? The amount available to each brother is about the same, but Jim had to contribute $60,000 more than John to end up with about the same savings at age 65, because he started saving later. If John had contributed for just five more years beyond 35, he would have ended up with $299,692 at 65; Jim, who only began his RRSP savings at 35, would not be able to match that level of savings by 65 making contributions of just $3,000 annually.

Another reason to start early? You're going to need more than you think to make ends meet in retirement – and it's going to take a long time to accumulate that amount. For example, if you want to create a $50,000 income for yourself each year in retirement and you're not retiring for 30 years, that will amount to an income of $104,878 at that time (assuming 2.5-per-cent annual inflation). To provide yourself with that income for a retirement of 25 years, indexed to inflation, you'll need $1.9-million waiting for you at age 65 (assumes a 5-per-cent annual return in retirement). With just 30 years to go until retirement, you'd need to set aside $24,000 annually to create the $1.9-million. That's a tall order. Start 10 years earlier, and you could cut your required annual savings in half, to $12,000, to get there.

There's a key reason to use an RRSP as your primary retirement savings vehicle: Tax deductions. If you're earning an income, then you can likely use the tax deduction available each year for contributions to your RRSP. Don't contribute more than your allowable RRSP contribution limit (which is 18 per cent of your prior year's earned income, or $26,010 for 2017, whichever is less) but contribute as much as you can up to that limit. Your Notice of Assessment sent to you by the taxman after you file your tax return will show your limit for each year. A tax-free savings account can also be a good savings tool, but you'll be able to save more inside your RRSP, which likely makes an RRSP a necessary vehicle to save enough for retirement.

Set it and forget it: Four strong balanced fund contenders for your RRSP Subscriber content
February 15, 2018 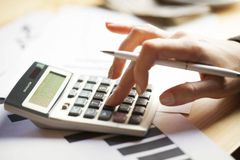 Ask a behavioural economist: Why do I feel anxious during RRSP season?
February 12, 2018 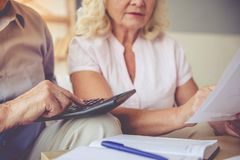