Things have been pretty quiet in the media recently on the matter of the proposed tax changes introduced by the Liberals on July 18. The reality is, however, that I'm getting e-mails daily from Canadians concerned about the changes coming.

To recap, Finance Minister Bill Morneau has made it clear that the government plans to move forward with two of the three proposals announced this summer. First, the changes will penalize business owners who pay dividends to spouses and children (which the government has called "income sprinkling") who have not made clear and meaningful contributions to the business. Second, the changes will penalize business owners who earn passive investment income over $50,000 annually in their corporations.

In the past few weeks since Mr. Morneau announced some revisions to the proposals, financial and tax experts have been busy crunching numbers to understand the impact. What is clear, unfortunately, is that the Department of Finance hasn't done the same math, and yet we're expecting Mr. Morneau to announce the final version of the "income sprinkling" rules any day, because the intention was that they'd be rushing to implement these changes effective Jan. 1, 2018.

The proposed changes are supposed to "level the playing field" by ensuring that business owners don't have advantages that employees can't access, making the system "fairer." But what if business owners are left worse off than employees earning the same level of income?

Here's the real question: Can a business owner secure his or her own financial future as well as an employee under these proposed changes? Forget for a minute about differences in taxes paid annually by business owners and employees. Let's talk about the ability to create similar levels of financial security over the long term.

Can a business owner and employee accumulate similar amounts for retirement? All other things being equal, can they both make ends meet to the same age? After all, the pursuit of financial security should be equally available to all. And it's this real-life impact that the Department of Finance, focusing on short-term tax differences, has failed to calculate. The government has missed the boat entirely on the question of equal financial security with these proposals.

Rushing the implementation of these proposals will throw into disarray the plans for financial security that so many business owners have been counting on. Shame on the government for failing to do the math, and on the Liberals for caring more about optics and being seen to support the middle-class employee, than on promoting the financial security of all Canadians.

Consider an example similar to that provided by the government in its July proposals, comparing an employee with a business owner. Let's assume that each earns the same $150,000 annually. Both are 35, will retire at 65, and have identical lifestyles, each spending $87,000 annually (indexed), until death at the age of 90.

Mr. Morneau is concerned about business owners paying dividends to family (which employees can't do), and about business owners building up investments inside their corporations. So, let's assume that the business owner pays dividends to himself and his spouse. The amount left over after paying taxes, and dividends, is reinvested in a portfolio inside the company. The employee receives salary, participates in a defined contribution pension plan (not as generous as your MP's defined benefit plan, unfortunately), and will collect Canada Pension Plan (CPP) in retirement.

Under the current rules, each will be able to set aside about $1.3-million for the future. At 65, the employee will have about $3.5-million available, while the business owner will have about $2.9-million – a gap of $600,000. The difference is because the employee's savings are inside tax-deferred registered plans while the business owner's investments are subject to already-high annual tax rates inside the corporation.

Under the proposed changes, the total available to the business owner at 65 drops by $500,000, creating an even bigger gap compared with employees, and the business owner will run out of money at 81. The employee will still have $2.8-million left at 90.

The Liberals need to rethink these tax proposals, delay their implementation and look at the issue of long-term financial security, not short-term tax differences.

Thanks to the Owens MacFadyen Group for their math here and their submission to the Standing Committee on Finance. Check out the detailed calculations at www.omg.ca/publications.

Year-end tax tips for the family: A gift that will likely keep on giving
November 9, 2017 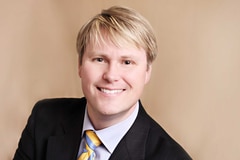 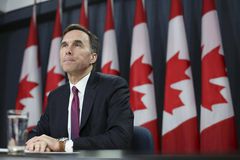 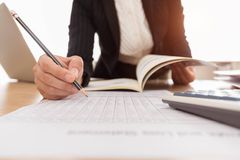 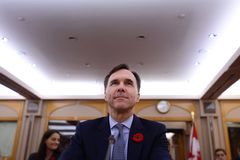