As a cottage owner, I've been careful not to make many mistakes. According to Carolyn, the biggest mistake I've made was trying to grow a Grizzly Adams beard last summer while relaxing at the lake for a week. If you own a cottage, or are thinking of buying one, be mindful of the following cottage-owner mistakes that can cost you big tax dollars if you're not careful.

At some point, you're going to dispose of your cottage – either by transferring ownership, selling it or by dying. When it comes time to calculate your tax bill on a disposition, it's going to be important to understand your correct adjusted cost base (ACB). You see, the higher your ACB, the lower the taxable capital gain you'll have to report. Your ACB should include the original cost amount of the property, plus capital improvements you make over time. So, be sure to track the amount of those improvements. It'll save you tax later.

2. Owning the cottage in a corporation.

It's generally a bad idea to own your cottage in a corporation. Why? First, the property won't qualify for the principal-residence exemption if a corporation owns it. If you own it personally, you'll generally have the option of designating the cottage as your principal residence to shelter from tax all or part of any capital gain on the property. Second, you could face a taxable shareholder benefit for using a corporate asset personally. The amount of the benefit is likely to be the fair market-value rent that you should have paid for personal use of the cottage. This amount could be added to your income. The moral? Owning a cottage personally, or perhaps through a trust, makes more sense.

If your cottage is like most, it will be considered a "personal use property" under our tax law. This means that any loss on the sale of the property cannot be claimed. Similarly, if you suffer losses because your cottage is destroyed by a fire or a flood, for example, the loss can't be claimed if the property is for personal use. If the cottage is primarily a rental property, and not a personal-use property, it may be possible to claim a capital loss in these cases. But don't be quick to rent the place out most of the time; this could jeopardize use of the principal-residence exemption if the place does appreciate in value and you want to shelter the gain from tax.

4. Changing use of the property to income-producing.

If you change the use of your cottage from personal use to primarily income-producing, you'll be deemed to have sold the property on the date of the change in use, and to have reacquired it on that same day. This could trigger a tax liability if the cottage has appreciated in value. You might still choose to make this change in use, but beware that you should plan for a potential tax bill (perhaps using your principal-residence exemption is possible in my example here).

5. Selling to the kids for less than fair market value.

Suppose your property is worth $500,000 but you sell it to your kids for, say, $200,000. You'll be deemed to have sold it for fair market value, so you'll face tax as though you've collected $500,000. Your kids, on the other hand, will only be entitled to an ACB of $200,000 – the price they paid for the property. So, if your kids sell the property later for, say, $600,000, they could face tax on the difference between $600,000 and the ACB of $200,000. But you've already paid tax on up to $500,000 of value. As a family, you will have paid tax twice on the same value. This is a double-tax problem. A better solution is to sell it to the kids for full fair market value and take back cash for part of the selling price and a promissory note for the balance. You don't ever have to collect on the note if you don't want. You can forgive the note on death with no tax consequences. Your kids will now have an ACB for the full $500,000 in this example.

6. Renting the cottage for losses.

If you're renting the cottage part-time to defray some of the costs of ownership, you'd be wise to avoid reporting rental expenses in excess of your rental income year after year. Those losses are a red flag on your tax return and will generally be denied. 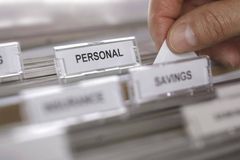 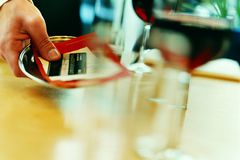 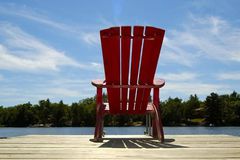