Last week I wrote about tax filings for loved ones who have passed away. There's enough to say about this topic that could fill an entire book. But being on the topic of death and tax filings, I think it would sell about as well as An Illustrated History of Kazakhstan. Today, I want to make a few more comments about filing returns for those who have passed away because there are special rules to consider.

When a Canadian resident passes away, he or she will be deemed to have sold all of their capital property at fair market value immediately before death. This includes most assets, including depreciable property, personal-use property and more. If these assets have appreciated in value, there could be tax to pay on capital gains in the year of death. Or there may be capital losses to claim. Special rules apply to depreciable property (i.e. no capital cost allowance can be claimed in the year of death, among other rules), so speak to a tax pro.

Bequests to a spouse

If assets are left to a surviving spouse or common-law partner upon death, or to a spousal trust, the deemed disposition I mentioned takes place at the deceased's adjusted cost base (ACB), so that taxes will be deferred. This is called a "rollover." The surviving spouse inherits the deceased's ACB and any gains or losses will be realized later when that second spouse dies, or disposes of the assets. It's possible to elect (in the final tax return of the deceased) to have assets transfer to the surviving spouse at fair market value rather than ACB, which can make sense if you want to voluntarily trigger capital gains or losses to, for example, use up tax credits or losses carried forward or offset income.

When someone dies, the full value of an RRSP or RRIF becomes taxable on the deceased's final tax return. This taxable amount can be reduced by transferring the plan assets to a plan for a surviving spouse or financially-dependent child or grandchild, in which case the recipient is instead taxed on any withdrawals. As for tax-free savings accounts, there's no tax to pay on the assets upon death, but the plan ceases to exist so that any income after death starts to be taxable, unless a spouse was named as a successor plan holder in which case the TFSA continues tax-sheltered in the hands of the surviving spouse. I should mention that it's possible for the executor to make a final RRSP contribution to a spousal RRSP on behalf of the deceased if he or she had available contribution room at the time of death.

The basic personal credit and other tax credits can be fully claimed in the year of death and don't have to be pro-rated, even though the taxpayer might not have been living through the entire year. Also, pension-income splitting is still allowable in the year your spouse passes away. As for medical expenses, allowable costs paid in any 24-month period that includes the date of death can be claimed. If medical costs are paid after the due date for the final tax return you should file an amended return to claim those costs. Charitable donations can be claimed in the year of death or the prior year, up to 100 per cent of net income in those years. There's much more to be said about claiming donations, but that's for another time. Finally, special rules apply to farming and fishing property that can allow a tax-deferred rollover to the next generation.

An executor or personal representative is required to obtain a clearance certificate from the taxman before distributing any assets under his or her control. If you fail to do this, you could be personally liable for any tax that is owing, up to the amount of the assets distributed before getting the certificate.

Executors, here’s what you need to know this tax season
March 17, 2016 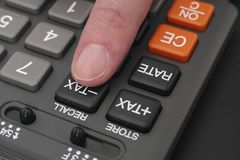 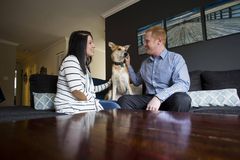 Disinheriting family can lead to big legal costs for your heirs
August 13, 2015 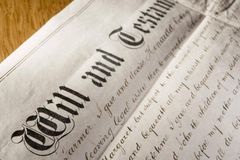