A few years ago, a couple who lived on our street decided to move to the Southern United States to retire. They packed up their entire home, had all their earthly possessions loaded onto two 52-foot trailers, and sent the moving company off to transport their belongings. They flew down to their new place a couple of days ahead of the movers. When the movers arrived, this couple answered the door, looked at the movers and said "Take it all back. We want to go home." Spending a couple of days in their new surroundings was enough for them to decide that Canada was where they really wanted to be. There's no place like home. You just have to figure out where home is.

If you do decide that moving to the U.S. is right for you, consider some ideas before you go that could save you significant tax dollars. I shared these ideas with James and Kate – some friends of ours who will be moving in the New Year. These ideas might help you too.

Consider James. When he gives up Canadian residency, he's going to leave his RRSP intact. If he were to collapse his registered retirement savings plan (RRSP) before leaving, he'd face a big tax hit on its full value. Bad idea. If he instead makes withdrawals from his RRSP after he takes up residence in the U.S., he'll pay a simple withholding tax to the Canada Revenue Agency (CRA). The rate of tax under our tax law is 25 per cent, but that rate can be reduced to just 15 per cent under the Canada-U.S. tax treaty on periodic withdrawals, as opposed to lump-sum withdrawals, from an RRSP.

The Internal Revenue Service (IRS) will want some tax on withdrawals from James' RRSP too, but won't tax the full amount. Rather, he'll be able to withdraw, tax-free, the cost amount of his RRSP investments as calculated on the day he takes up residence in the U.S. So, here's the idea: He's going to maximize the cost amount of the investments inside his RRSP before arriving in the U.S. How? By selling any investments inside his RRSP that have appreciated in value, then reinvesting those proceeds, perhaps in the same securities. There will be no tax to pay in Canada since the dispositions take place inside his RRSP.

For example, suppose James has investments worth $250,000 in his RRSP but he paid just $150,000 (his cost amount) for them. If he sells the investments before he moves to the U.S. and reinvests the proceeds, his new cost amount will be $250,000 – the amount he can withdraw tax-free in the U.S. He'll be entitled to a foreign tax credit for the Canadian tax he pays on his withdrawals, so he won't pay tax twice – once in each country on the same income.

Consider Kate. She has an RRSP too and will follow the advice above, but she also has a tax-free savings account (TFSA). Once she's residing in the states she can continue to hold her TFSA and will face no tax in Canada on income earned in the TFSA, or on withdrawals. But she'll face tax in the U.S. on any income earned each year in the TFSA, since our tax treaty with the U.S. doesn't provide protection here. So, here's what Kate is going to do: Before she leaves Canada she's going to liquidate her TFSA investments and withdraw the proceeds. There will be no tax in Canada, but she'll increase her TFSA contribution room by the amount of the withdrawal, so that if she returns to Canada later she'll be able to recontribute the amount to a TFSA.

James and Kate are subscribers to a registered education savings plan (RESP) for their grandchildren. Although they could continue to be the subscribers on the plan after they move to the U.S. (the RESP would continue to be tax exempt in Canada), the annual income earned in the RESP plus any grant or bond money received annually would be taxable in their hands in the U.S. since the RESP is considered to be a foreign trust. When the grandkids eventually make withdrawals from the RESP later, they'll face tax in Canada at that time on the accumulated income, grants and bonds of the plan, resulting in double taxation. So, before they leave for the U.S., James and Kate will name a Canadian resident (their son) who is not required to file a tax return in the U.S., as the subscriber of the RESP.

I'll share another idea for James and Kate next time. 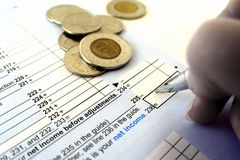 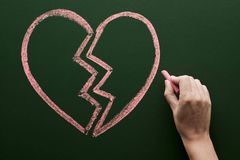 How a key tax shelter will be affected by a divorce
October 29, 2014 Your RRSP and your will: How to keep more money in the family
November 5, 2014 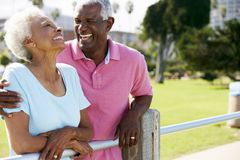 How a kind gesture on your part can actually lead to a tax hit
November 19, 2014 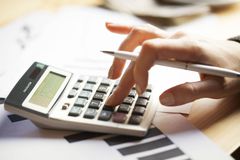 Five financial gifts that will keep on giving
November 26, 2014 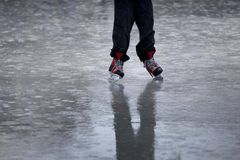