I told my son this week that if there's one career to avoid, it's that of a referee. I've got three kids in hockey, so I know the verbal abuse that refs absorb. And it happens in any sport. Even the most respectable fans can find themselves harassing referees. Take Robert Kasmir, for example. He was an accounting professor at George Washington University and, in 2011, was honoured at halftime at a university basketball game for being one of most significant financial donors to the school. On that particular night he didn't end up seeing the full game. Why not? Because he was ejected from the stands in the second half for screaming at the referee.

Now, if you can put up with the verbal abuse, and you happen to make it to the ranks of an NHL referee while being a Canadian resident, you'd be entitled to enjoy a little-known privilege found in our tax law. It's called a deferred salary leave plan (DSLP). But DSLPs are not just for NHL refs. Any employer can set up a similar plan – so speak to yours.

How it works
A DSLP is simply a formal plan set up by your employer for employees. The plan must be in writing. The plan allows you to set aside a portion of your pay each year for a certain period of time and to then take a leave of absence. The money you set aside under the plan is used to pay you during your time off. If the DSLP is set up properly, you won't face tax on the amounts you set aside until you make withdrawals later during your leave.

There are some specifics to be aware of, which can be found in Income Tax Regulation 6801 in our tax law (for those who care). First, for the DSLP to work, the main purpose of the plan must be to allow you to fund a leave of absence by deferring some of your salary, and not to provide money to you after retirement.

Further, the plan should not allow you to withdraw from the plan early (to access your deferred salary) except in special circumstances such as financial hardship. The plan can allow you to defer a specified percentage of your salary each year, up to a maximum of one third of your pay annually. As for your leave of absence, it must be for a period of at least six months (three months if your leave is to allow you to attend a designated educational institution full-time), and your leave of absence must begin no later than six years after the date on which you begin to set aside part of your pay in the DSLP.

What about payments out of the plan? During your leave, no compensation other than your deferred salary out of the DSLP can be paid to you by your employer, with the exception of reasonable fringe benefits. Any investment income that's earned on the amounts in the plan over the years must be paid to you annually, and are taxable to you. And the deferral can't go on forever. The amounts in the plan must be paid to you no later than Dec. 31 of the year following the year in which your leave of absence begins. Make sense?

After your leave of absence, you'll have to return to work for a period at least as long as the leave. If you don't, the CRA will turn around and tax you on that deferred salary as though you should have been taxed in each of the prior years when you were setting aside those salary dollars.

Some nuances
The plan will have to specify how those dollars you set aside will be held. Normally, the amounts would be paid into a trust (called an "employee benefit plan") but could simply be held by your employer directly. I prefer the trust option, so that you know for certain those funds will be there for you later (funds not held in trust could be subject to creditors of your employer).

There's no maximum length of time for your leave of absence, but you'll still have to pay tax on the full deferred amount by Dec. 31 of the year following the start of your leave. Finally, if you decide to accept an early retirement package while setting aside salary for a future leave, any deferred amounts in the DSLP would be taxable to you in the year you accept the package. 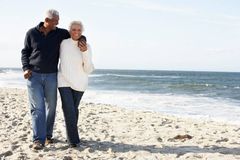 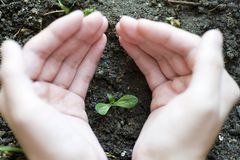 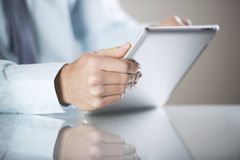