My good friend Claudio called me up last week. When Claudio calls, I know he's looking for advice either about women, or about his money. Last time we spoke, he was lamenting over how much difficulty he was having meeting the right woman. I told him that he had to change his approach. Rather than saying to a woman "You're the kind of girl that I could take home to mother – which is good because I still live with her," I suggested that he simply compliment her in some way. But I digress.

Claudio is an investor, and this week he was simply looking for advice on things he should consider to save himself tax dollars. My advice about money is probably much better than my advice about women, so let me share some of the thoughts I gave him. If you're an investor, consider implementing these ideas before year-end.

1. Sell some losers before year-end.

If you own investments that have dropped in value, consider selling them before year-end to realize those losses (place trades by Dec. 24 if you want them to settle in 2012). This makes sense especially if you have capital gains to offset this year, or if you reported capital gains on your 2011, 2010 or 2009 tax returns since you can carry-back capital losses up to three years to offset gains reported in the past and recover some taxes paid. If you still like the future prospects of the investment and don't have capital gains to apply the losses against, consider holding onto the investment rather than selling at a loss, to save transaction costs.

2. Carefully time the sale of your winners.

If you have investments that have appreciated in value, you might consider selling them before year-end if you have capital losses to offset those gains. You can then reinvest those proceeds in the same, or a different, investment. Your new investment will have a higher adjusted cost base (ACB) than currently, which means less tax to pay later when you ultimately sell the investments. On the other hand, if you don't have capital losses available to offset the gains, you might consider waiting until the new year to sell any appreciated investments in order to defer the tax bill by one year.

3. Transfer some assets to a child.

A common estate planning strategy is to transfer some assets to your children while you're still living. This will reduce any potential income tax and probate fees at the time of death since you'll own less at that time. Consider transferring to your kids, before year-end, some of your investments that have declined in value. You'll realize capital losses that you can use to offset capital gains now or in the future. Your kids can then keep those investments, sell them and reinvest in something else, pay down debt, or use the proceeds in some other manner.

4. Donate some securities to charity.

If you plan to donate money to charity this year, do it before year-end to claim the donation tax credit in 2012. Further, you'll be better off donating securities that have appreciated in value rather than cash. The reason? Our tax law will eliminate the capital gain on appreciated securities that are donated to a registered charity. So, you'll get two tax breaks at the same time: elimination of the capital gain plus a donation tax credit to reduce taxes on other income.

If you're looking to invest in mutual funds that are expected to make a taxable distribution in 2012, consider waiting until January to make that investment. If you make the investment this year, you'll face tax on any taxable distribution without having been in the fund throughout the year to enjoy the growth or income giving rise to that tax. This is a pre-payment of taxes that you don't need to incur.

6. Transfer capital losses to your spouse.

Perhaps you've got unrealized capital losses (that is, losses on paper only) but no capital gains to apply the losses against. If your spouse has capital gains, it's possible to transfer unrealized capital losses to your spouse so that he or she can use them. This involves three steps, which I outlined in my article dated Nov. 10, 2011 (see waterstreet.ca). The important thing to note is that, if you hope to have your spouse claim the capital loss in 2012, you'll need to implement this strategy before Nov. 22 in order to have time for all three steps. 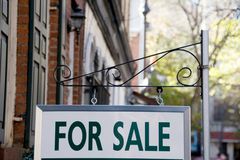 Eight ways to make life insurance work for you
October 24, 2012 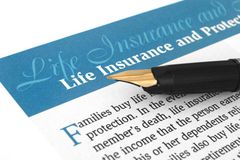 The danger in dressing up like a corporation for the tax breaks
October 17, 2012 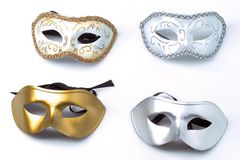