The odds of a federal budget that targets investors with higher taxes on capital gains or even dividends are rising.

Don't be too relieved if such measures aren't contained in the budget expected later this month because they could be revisited in a year or two. The government needs tax revenue to keep the deficit in check and has been studying all the various tax measures that cost it money. Two of the biggest are the 50-per-cent inclusion rate on capital gains and a preferential tax rate on dividends.

It's not just the forgone tax revenue that will keep these two tax measures under scrutiny. According to research by economist David Macdonald of the Canadian Centre for Policy Alternatives, they also benefit well-off people far more than the middle class or low-income people.

Opinion: Another broken promise: Tax cuts for the middle class

The federal Liberals talk a lot about helping the middle class and have demonstrated a willingness to tax wealthier people more in order to do so. They have already adjusted federal income tax rates so that very high earners pay more while lower income individuals pay less. The Liberals also reconfigured child benefits in a way that pays more to the middle class and less to the well off.

Mr. Macdonald singled out five federal tax measures as being the most inequitable to lower income people based on 2011 data – the dividend tax credit, partial inclusion of capital gains, the foreign tax credit, employee stock options and pension income splitting.

Changing the dividend tax credit would be controversial in light of how much seniors have come to rely on dividend income at a time of ultra-low interest rates. But Mr. Macdonald's data show the benefit of favourable taxation for dividends is not widespread across the population. "Ninety per cent of the benefit goes to households making more than $84,000 per year," he said. "It's worth a lot of money to people who get a lot of income from dividends, but that would predominantly be fairly rich households."

One of the reasons why we have the dividend tax credit is related to tax fairness. A business pays dividends out of after-tax income. The dividend tax credit, and the calculations that go into it, are designed to prevent double taxation. For investors, the net result is that dividend income is taxed at a much lower rate than regular income.

But double taxation is actually common in our economy. It happens, for example, when we use our after-tax income to buy goods or services to which the GST or HST apply. "Everything you buy at any store in the country is double taxed," Mr. Macdonald said.

Increasing the tax load on capital gains would be less politically risky, although we're sure to hear objections based on the potential impact on the economy. Taxing capital gains at a lower rate than regular income is thought to encourage investment.

A related and even richer source of revenue for the federal government would be to tax the capital gain on houses or, to be more specific, principal residences. Mr. Macdonald's report pegs the loss of revenue to the government here at $4.7-billion in 2011, which compares to $4.1-billion for the dividend tax credit and $3.8-billion for the partial inclusion of capital gains. These estimates for both 50-per-cent capital gains inclusion rate and the principal residence exemption are likely to be low, given price appreciation in the stock and housing markets in recent years.

On taxing housing gains, Mr. Macdonald said one option for the government would be to change the capital gains exemption on homes so that people get a lifetime amount of tax-free appreciation on their principal residences. After hitting that limit, they'd pay tax on their gains at whatever the going rate is.

Taxing houses seems a longshot, though. One of the foundational supports of our housing market is that you can buy a house and sell it later in life with a tax-free capital gain. Also, the federal government has taken steps in recent months that will increase the tax revenue from sales of houses that are not a principal residence. Included in a package of measures to slow down the housing market was a new rule requiring people to report the sale of a principal residence on their tax return starting in 2016. In the past, you could use the principal residence exemption without any documentation.

Capital gains on investments other than houses seem the most likely target for a government seeking tax revenue and equity. Investors, the next few federal budgets could be painful. 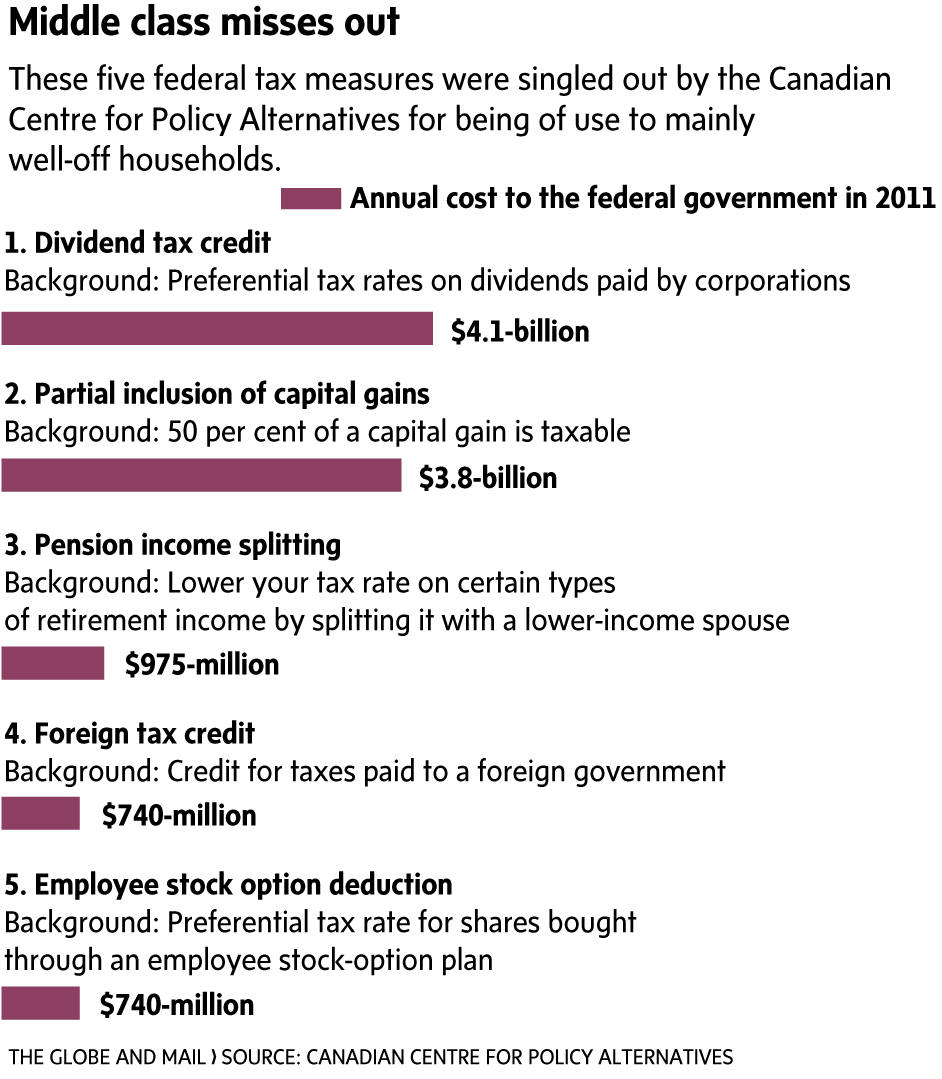 Asking Canadians to delay their CPP benefits? Good luck
February 9, 2017
Why this investor should stick with his mutual fund over ETFs
Subscriber content
February 7, 2017
The problem with the CPP
February 8, 2017
Follow Rob Carrick on Twitter @rcarrick
Report an error Editorial code of conduct
Due to technical reasons, we have temporarily removed commenting from our articles. We hope to have this fixed soon. Thank you for your patience. If you are looking to give feedback on our new site, please send it along to feedback@globeandmail.com. If you want to write a letter to the editor, please forward to letters@globeandmail.com.
Comments