They are out there. They walk among us. They even look and sound like us. They are in our workplaces and communities, and they may even be in our families. They are U.S. citizens, living in Canada.

More than one million U.S. citizens, including dual citizens, are happy to call Canada home. They enjoy living here, but if you talk to them about tax issues, they become anxious, angry and fearful.

From a tax perspective, U.S. citizens in Canada exist in the worst of both worlds. As Canadian residents, they have to report their worldwide income to the Canada Revenue Agency (CRA) and are subject to Canada's relatively high personal-income tax rates. Then, they must file a U.S. tax return (Form 1040) and report their worldwide income again to the Internal Revenue Service (IRS). If the system works properly, then U.S. citizens can use the foreign-tax credits from the higher Canadian tax to offset all the tax owing to the IRS.

Here is the catch: the system is full of traps.

These tax traps are unwittingly set by good-natured Canadian advisers, accountants, lawyers and financial planners. Traps occur because Canadian advisers may not know that a client is a U.S. citizen, or they may not understand the U.S. implications of a Canadian tax strategy they are recommending. Here are five examples of common tax traps for U.S. citizens living in Canada.

TFSAs allow Canadians to benefit from tax-free growth. Unfortunately, the IRS views these accounts as foreign trusts. A U.S. citizen with a TFSA is therefore subject to complicated annual filings (Form 3520 and Form 3520-A) with the IRS. To make matters worse, TFSA income is taxable in the United States. So, as enticing as a TFSA is, don't have one if you're a U.S. citizen living in Canada.

The IRS characterizes RESPs the same way as TFSAs; in addition to subjecting U.S. citizens with RESPs to complicated annual filings, the IRS will also tax the income and government grants within an RESP each year. One way to navigate this trap is to have the non-U.S. citizen spouse be the subscriber for the RESP.

These funds are a go-to option for many investors, but U.S. citizens, beware: by investing in Canadian mutual funds, you fall into a trap with a deep hole. The IRS views Canadian mutual funds held in one's non-registered account as Passive Foreign Investment Companies. PFICs can be subject to very punitive tax consequences – such as significant tax on disposition – as well as onerous annual filings. There are workarounds available, but it is often best for U.S. citizens in Canada to steer clear of holding Canadian mutual funds in non-registered accounts. Instead, consider holding them inside your RRSP.

Like Canadian mutual funds, Canadian exchange-traded funds are considered PFICs in the eyes of the IRS. Because of the adverse tax consequences and filing obligations associated with ETFs, it is safer for U.S. citizens living in Canada to avoid investing in these funds. Instead, consider holding U.S. ETFs.

One of the most treacherous traps to get out of is one in which a U.S. citizen is the shareholder of a private Canadian corporation that is producing a significant amount of passive income. Depending on the U.S. taxpayer's percentage of ownership, the corporation may be viewed as either a PFIC or a Controlled Foreign Corporation. Both scenarios result in punitive tax treatment and onerous tax filings. Getting out of this trap is very complicated. As a result, if you're a U.S. citizen in Canada, it's best that you don't use a Canadian holding company.

Many U.S. citizens in Canada have chosen to ignore their U.S. filing obligations. These taxpayers are playing a dangerous game of chicken with the IRS. The IRS has taken measures to root out U.S. citizens abroad who may not be tax-compliant. If the IRS catches you, the penalties for non-compliance can be severe.

One solution is to give up your U.S. citizenship through expatriation. Another is to work with a cross-border adviser who is well-versed in the rules on both sides of the border; such advisers can guide U.S. citizens in Canada on how to make the best of a challenging situation. 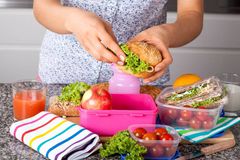 Claim these new and little-used deductions and credits to save tax
January 11, 2018