Moshe Milevsky never intended to write another book about financial planning. But then the 42-year-old York University finance professor watched in horror as his family's net worth shrank by nearly 50 per cent in the great market crash of 2008.

It wasn't because he was highly leveraged or had taken unnecessary risks. A cautious investor, he had stacked his portfolio with stock in some of the biggest, supposedly safest, most successful American firms - GM, AIG and Lehman Brothers, among them.

To help recoup some of his losses, the industrious Mr. Milevsky - he's also executive director of the IFID (Individual Finance and Insurance Decisions) Centre and president of QWEMA (Quantitative Wealth Management Analytics Group) - returned to writing. Within a matter of months, he had produced Your Money Milestones - A Guide to the 9 Most Important Financial Decisions of Your Life (FT Press). It's his seventh book and a timely one, especially for those contemplating their annual contributions to retirement savings plans.

After all, as he notes in the introduction, if the investing wisdom of the ages was essentially rendered useless after the fall of 2008, on what should financial decisions henceforth be based?

Written during an academic sabbatical which saw Mr. Milevsky lecturing at Wharton and in Sydney, the book incorporates some of the lessons he learned from the market meltdown. Central among these is the that the old paradigm - the stock market as a casino game in which savvy investors carefully calculate the odds of any particular wager succeeding - must be discarded.

In its place is the nuclear paradigm, so-called because no historical data would be of any value in predicting the next nuclear reactor accident. It therefore abandons all possibility of determining odds. In the new investing environment, a nuclear accident can occur at any time, without warning, making bets on stocks, even blue chips, inherently unpredictable.

From Mr. Milevsky - for three consecutive years, the top stock picker in The Globe and Mail's annual contest - this constitutes a fundamental rethink of prior assumptions.

Although the market turmoil convinced him to buy some gold coins as a hedge against rampant inflation, it is still possible, he maintains, to do financial planning. Here's how he breaks down the nine key decisions, as one moves through the life cycle.

Education Money should never be the sole, or even the most important, determinant of what one chooses to study. But clearly the career you choose will have an enormous impact on subsequent earning power and hence on your ability to afford retirement comfortably. In general, the extra investment in human capital required to earn a professional or graduate degree, even if it involves assuming short-term debt, will pay future dividends.

Caveat: if you choose a degree in the humanities, it is likely to cost you money; there, the extra investment needed to get the credential is not likely to be offset by future salary rewards.

Real estate A house is not just an investment, Mr. Milevsky cautions. Although equity in your home may increase annually, the net gain can be calculated only after totalling property taxes, repairs, landscaping, maintenance, etc. - the costs of consumption. Factor in all of these, he says, and many homes will register a negative internal rate of return. This applies, he confesses, even to his own house; although its sticker price is higher than it was when he bought it several years ago, his actual return if he sold it next month would be negative, given the other funds invested in it. As with education, other considerations - neighbourhood, schools, proximity to houses of worship - will inevitably influence decisions about buying or renting. But Mr. Milevsky argues that too many people ignore, at their peril, the implicit consumption costs of owning real estate.

Debt Consumers should be wary of assuming too much debt, Mr. Milevsky agrees. But the concern, he says, should be tempered with a careful assessment of other variables - notably, age, education and career. Focusing too narrowly on short-term debt pressures, students often abandon their education, forfeiting higher earnings down the road. "Debt isn't evil," he says, "It's a potentially enabling tool." To arrive at one's true debt, one has to include human capital in the calculations. And if your longer-term outlook is rosy, then taking on debt isn't such a bad idea.

Income taxes Most Canadians don't pay enough attention to their taxes, Mr. Milevsky maintains. They simply file their taxes on deadline without much thought. What they should remember, he says, is that the tax authorities effectively own between 30 and 50 per cent of you for most of your working life. They should therefore be treated like the business partners they are - and kept a close watch on. In filing, you should be cognizant of the worst-case scenario: Your tax return will be audited. But an audit is, by definition, a kind of negotiation. Therefore, Mr. Milevsky asks, why not be more aggressive and start with a low bid? "The relationship with Revenue Canada is more dynamic that most people allow." The bottom line: Short of breaking the law, don't be afraid to push the envelope.

Investments It's not widely recognized, Mr. Milevsky says, that your biggest single investment is yourself - your career. But that realization carries an important corollary, more applicable in the current environment: Don't put your money in the same sector in which you work. Many people learned this lesson in the recent meltdown; because they worked for big Wall Street firms, they assumed their investments in the firms' stocks, bonds, options, etc., were safe. Therefore, the first rule is to diversify. If you work for IBM, invest in oil and gas, or some other sector. Moreover, your tolerance for risk should bear some relation to job security. If your position is safe, you can probably afford to be a little more aggressive with your investment portfolio.

Saving Here again, Mr. Milevsky takes a contrarian approach. Many financial advisers encourage clients to save 10 per cent of their salaries. That's fine, perhaps, for people in their 40s or 50s, who may have one eye on retirement. But it's a less reasonable strategy for younger people. "I roll my eyes when a 22-year-old tells me he just opened a RRSP to start saving for his retirement in 49 years," he says. "He's harming himself. Enjoy yourself. Go to Puerto Vallarta. Don't let saving become a youthful obsession. By the same token, as you get older, you do need to save more."

Insurance Except for catastrophes - death and disability - Mr. Milevsky is anti-insurance. He never takes extended warranty insurance on new products and opts for the highest possible deductible on his car insurance. If you want to insure your new plasma TV, he says, set up a reserve fund for yourself, for use in case it needs repair. The likelihood is you'll replace it long after the extended warranty has lapsed. For car insurance, the higher deductible will save you hundreds of dollars annually on premiums and probably make you a safer driver as well. Think intelligently about insurance, he suggests: Insure only those things that have a relatively small risk of actually occurring and that would, if they occurred, be seriously disruptive to your life.

Children and marriage Having and raising children is expensive. A child's first year of life is likely to cost the average parent $10,000 in after-tax dollars. By the time the kid is 18, you will have spent $180,000 tending to its various needs. But children, Mr. Milevsky contends, are ultimately the best insurance you can have for old age - his new book is dedicated to his four daughters, "my genuine pensions." Think seriously about who's going to take care of you when you retire, he advises. Instead of buying insurance policies for nursing homes, long-term care and critical illness, save the premiums and have children instead. Clearly, he adds, decisions about marriage and children can't be made with only cost-benefit analysis in mind. But equally, they ought not to be made in a financial vacuum. As for the decision about marriage, it is generally favourable to one's economic fortunes (two sets of human capital diminishes risk and smoothes out the bumps). But in this case, Mr. Milevsky says, the psychological aspects of the decision may trump the purely financial.

Retirement Death notwithstanding, at some point you will retire. The first basic question then should be: Do you have enough money locked in safe investments to generate a dignified standard of living? "It's not an easy exercise," Mr. Milevsky says, "but it has to be done." And when you've calculated what you'd need, that amount has to be pensionized. These considerations become even more important, he laments, as the trend away from defined benefit pension plans continues; their replacement, defined contribution, puts a much heavier onus on employees to provide for their own retirements, a much tougher challenge in the age of "nuclear" investment.

Indeed, Mr. Milevsky is increasingly worried about the financial fortunes of North America. He made his first trip to Hong Kong a few years ago and has come to believe, like many others, that economically, the future belongs to China. Not content just to talk about it, Mr. Milevsky promptly made a decision that will affect members of the next generation: He hired a tutor to teach Mandarin Chinese to his daughters. They can all now read and speak the language. 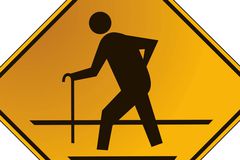 Twelve funds for your RRSP and TFSA
February 8, 2010 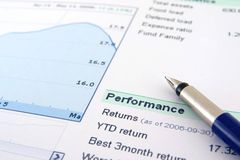 A lifestyle that suits her income
February 26, 2010 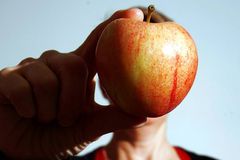 Did you miss the RRSP deadline? You can still benefit
February 25, 2010 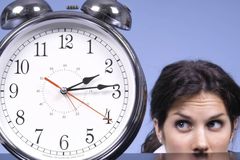