Last year my son, Win, played organized baseball for the first time. He's a good athlete who played on the select team for the town of Huntsville in Muskoka, Ont. We're not from Huntsville, but our kids spend much of their time in that neck of the woods in the summer. Hunstville Minor Baseball is always looking for kids who may be spending time there in the summer and who may be interested in playing competitive baseball for a brief season.

Win learned a lot about the game last year. He even learned that there's a rule in the game that a "tie goes to the runner." You gotta love being the runner in those situations.

So, what are the chances that there's an equivalent rule in the land of tax law that says a tie goes to the taxpayer? Not very good. Until now.

Some recent court decisions could work in your favour when it comes to claiming losses from your investment portfolio. Let me explain.

Let me start with a question: When you report your losses from your portfolio, are you going to report them on your tax return as capital losses, or business losses? There's a big difference. Capital losses in a particular tax year can be applied to reduce any capital gains you might have in that same year. If you haven't got capital gains, the capital losses can be carried back up to three years to apply against capital gains in the past, or carried forward indefinitely until you generate capital gains to offset the losses.

That's all well and good, but business losses offer more flexibility. You see, business losses (otherwise referred to as losses from an "adventure in the nature of trade") can be applied to reduce capital gains or any other type of income. So, these losses could, for example, reduce your taxable employment income or other investment income.

The real issue is this: Are your investment losses going be treated on "capital account" (as capital losses) or "income account" (as business losses). You'll likely prefer losses on income account due to that flexibility of applying the losses against any type of income.

Now, the courts have established principles that the Canada Revenue Agency (CRA) is obligated to consider when looking at your investment transactions and determining whether your losses should be capital losses or business losses. Good thing, because our tax law isn't clear on this issue. The factors to be considered include: (1) the number of transactions; (2) the intention of the purchaser when buying the securities (did you intend to buy and hold them to earn income, or simply flip them for a profit?); (3) the length of time that the securities are held; (4) the quality of the securities; (5) the time devoted to stock market transactions (is this your full-time job or a hobby?); (6) the extent of borrowing; and (7) the taxpayer's expertise or special knowledge in the securities market.

There's no one factor that will decide the matter. The courts, and CRA, should look to your whole course of conduct if they are going to challenge what you've filed on your tax return.

So, what about the recent court decisions? In the cases 1338664 Ontario Limited (2008 TCC 350) and Empire Paving Limited (2008 TCC 355), the judge applied a "tie goes to the taxpayer" principle. That is to say, where it's not clear whether your trading activity should be on capital account or income account, because there are factors that could suggest either treatment, CRA should side with your chosen tax filing position.

The Tax Court judge was referencing a statement made by Mr. Justice James Estey of the Supreme Court of Canada in the case Johns-Manville Canada Inc. (85 DTC 5373 (SCC)) where he said: "Such a determination is, furthermore, consistent with another basic concept in tax law that where the taxing statute is not explicit, reasonable uncertainty or factual ambiguity resulting from lack of explicitness in the statute should be resolved in favour of the taxpayer." You gotta love being the taxpayer.

Don't be reckless here. If you want to claim your losses on income account (as business losses), be sure to consider the factors I've mentioned and try to weigh them in your favour. And be consistent. Don't try to claim your losses as business losses and profits as capital gains. That won't fly. CRA will want to treat your gains on account of income (not capital gains) as well in that case. And be consistent from one year to the next. 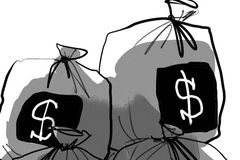 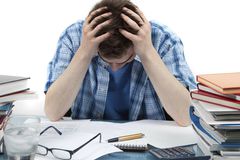 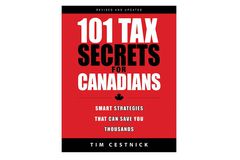